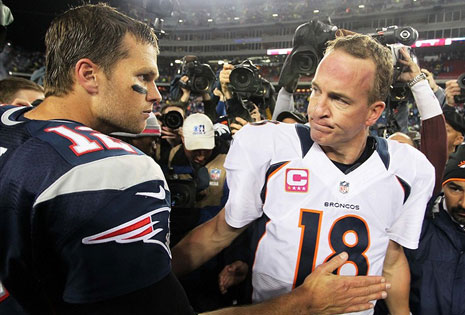 The NFL television packages will have a very different look this year with the shield moving Thursday Night Football to CBS for the first half of the season.  The new Thursday Night package seems to run against the grain of everything else on the NFL television landscape.  It’s a one year deal between CBS and the league for those first 8 games and not a long-term contract.  CBS and NFL Network will simulcast the first half of the package, but then NFL Network takes over exclusivity for the second half.  In spite of that, CBS’s Jim Nantz and Phil Simms will call all of the games.  It’s a puzzle forced together by a sledgehammer designed to give the NFL maximum television revenues by adding more games to broadcast TV while also protecting the value of NFL Network.

It’s a peculiar arrangement, and one that could get even more peculiar with the most recent news from John Ourand in Sports Business Journal.  In trying to build up the significance and sizzle of the new CBS Thursday night games, the NFL is willing to place some of its A-level matchups in the package and put it on par with NBC’s Sunday Night Football.

This year’s release has created even more anticipation among the league’s TV partners, thanks to the presence of CBS’s first Thursday night package. Media executives are expecting that schedule to more closely resemble NBC’s high-profile “Sunday Night Football” package than the slate of games NFL Network has carried on Thursday nights over the past several years.

Not only that, but multiple media sources are expecting the CBS package to appear much stronger than ESPN’s “Monday Night Football” package, too.

A team led by NFL executive Howard Katz is working on the schedule, which could be released as early as late next week.

ESPN should have every right to feel stiffed by the NFL’s schedule makers.  They pay the most money to the NFL for Monday Night Football and various shoulder programming, and their games are far, far behind Sunday Night Football and the late Sunday afternoon window in terms of quality.  Now ESPN is going to have to get in line behind CBS for Thursday Night Football?  For $1.9 billion per year, that seems like a raw deal.

It’s not like the NFL can suddenly craft more A-level games out of the blue, they have to be taken from somewhere.  While this is great news for CBS and Thursday Night Football (whose game quality has been the subject of much scrutiny) it means that top matchups have to be wrestled away from ESPN or the Sunday afternoon broadcast windows.  This dilution of the weekly NFL schedule may create some resentment from the league’s other broadcast partners.  Time will tell if fans begin to resent it as well if the quality of matchups throughout the week suffers.

But there’s another wrinkle in this – once CBS bows out at the midway point of the season and NFL Network begins its exclusive window, the quality of games on Thursday Night Football will begin to drop.

NFL Network will carry an eight-game package of late-season Thursday night games — after simulcasting the early-season games airing on CBS. Sources have been told to expect a stark quality difference between the games that CBS and NFL Network carry.

So we could go from Broncos-Chiefs on Thursday nights early in the season to… Vikings-Bucs?  If that’s the case, then we could be in the same rut we’ve always been in with Thursday Night Football – late season games that nobody wants to see.  Complicating matters is the fact that every team has to make an appearance at least once on Thursday Night Football.  If CBS is going to get all the attractive Thursday primetime possibilities, then we could be left with a majority of dog games for the latter half of the season.  Will the tradeoff with good early-season matchups be worth it?  Can the rest of the NFL schedule hold up?

It’ll be very intriguing to see the primetime schedule when it’s released by the NFL later this month.