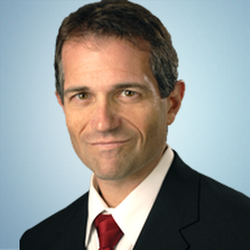 Longtime college football writer and reporter Bruce Feldman may be on the move again.  The Big Lead reports that Feldman is on his way from CBS Sports to Fox Sports.  Feldman would not only write for FoxSports.com, but also make appearances on Fox College Saturday, Fox Sports Live and elsewhere on Fox Sports 1.

Feldman spent 2 and a half years at CBS after almost 2 decades at ESPN.  Of course, Feldman was once the subject of one of the original “Twitter activist” campaigns with the #FreeBruce hashtag when ESPN was destroyed for suspending him in the wake of the Mike Leach-Craig James saga.

Feldman is based in Southern California, so the move to Fox certainly makes sense for him.  And for Fox, bringing on a top college football journalist is a no-brainer.  If there’s one area where Fox Sports 1 is currently far behind ESPN (and even NBCSN) it’s in the breaking news department.  Even NBCSN’s Sports Dash, which airs rather anonymously at Noon ET, has more of a bonafide news slant than Fox Sports Live thanks to NBC’s partnership with Yahoo.  NBCSN can boast of writers like Dan Wetzel, Pat Forde, Joe Posnanski, Charles Robinson and others to lean on.  Beyond Jay Glazer and Ken Rosenthal, Fox Sports 1 has… Donovan McNabb and Clay Travis?

Bruce Feldman immediately adds credibility to Fox Sports 1, especially to its college football production.  Although Feldman wasn’t a big television presence in his days at ESPN, it wouldn’t be a surprise to see him move more into that role given the needs at Fox Sports 1.  The network’s success in the longterm in the ratings department will depend upon live events, but adding respected journalists like Bruce Feldman can help shore up the foundation of the young sports network.