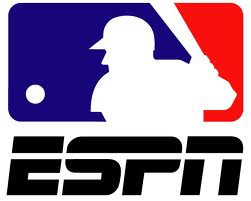 It’s a big year at The Worldwide Leader for America’s Pastime.

For the first time in many years, ESPN feels like it’s on a level with Fox and TBS of Major League Baseball again. Not that they weren’t before, but being the only TV network that broadcasts the sport that didn’t air playoff games had some limitations. Aside from the seminal Baseball Tonight, the network flexed in for their famous Sunday Night Baseball as well as weekly Monday and Wednesday telecasts that were often blacked out in local markets, and that was it.

This year, and every year between now and 2022, is different. ESPN not only jumps in for one of the Wild Card games (the league of which will be determined between now and the start of the regular season), but ESPN also has rights to any and all tiebreaker games that may be needed, and recent history has shown that that will more than likely happen again a few times in the next eight seasons. Throw in the return of holiday baseball to the network, and ESPN really feels like a full-fledged partner again.

The network seems to be celebrating this new deal by making some tweaks that will make its coverage more extensive. For the 25th anniversary season, Baseball Tonight will hit the road on Sunday nights for the second time in the past few seasons. The Sunday night broadcast of the show will be rebranded as Sunday Night Countdown. It’s a move McQuade says will put the game more in the style of Monday Night Football and ABC/ESPN’s big NBA telecasts, and further cements its place as the biggest baseball telecast on TV.

“I think that philosophically, you have NBA Countdown, you have Monday Night Countdown, and it just made sense to continue that brand as a preview show leading to our biggest event in each sport. It’s the most important game that we do in baseball each week, and our commitment and our resources that go in to doing that game is a reflection of that.”

Bringing Baseball Tonight back on the road, while not quite College Gameday, was based on what a great reaction the network got when they did it in 2011. “The reaction we got three years ago when we went out was more than we had anticipated,” McQuade said. “By and large, I think it creates a bigness surrounding the entire night.”

The network also gets an “event” feel from bringing the show on the road. It’s not the same as a campus, but it is getting to a rowdy Major League stadium before, ostensibly, the biggest games in baseball. “So, from as early as 5 or 6 o’clock on SportsCenter, through Baseball Tonight, through the game and then post game on SportsCenter, you’ve sort of created an event around the stadium and hopefully around the city.”

McQuade is confident in his talent in front of the camera, which is important after an off-season that saw a few people exit ESPN (Orel Hersheiser, Nomar Garciaparra, Mark Mulder) and the unfortunate circumstances of Curt Schilling’s health (former Seattle manager Eric Wedge joins the network in 2014). “What it did for me is just realize that we need to be looking for the very best. The names closely associated with the game in its current form and making sure we don’t need any snap decisions about replacing people and really think through what our goals ultimately are.”

ESPN certainly needs to reaffirm itself as the best, with Fox Sports 1 not only joining the fray as a rights holder, but as new competition in the nightly highlights universe with their MLB Whip-Around show. “I think competition is coming from everywhere,” says McQuade. “Quite candidly, we’re trying to do the best show we can every single night. Competition is a good thing, and personally I thrive on that, I hope they come out and do a good show and push us.”

The games, however, are what matter most. ESPN returns to the holidays this season with doubleheaders and triple headers (“Love it. I was a big advocate of it when my opinion was asked”). McQuade makes no secret that those days, along with Opening Day and the postseason, are ESPN’s biggest baseball days. “We’re taking a massive undertaking, in having seven games in three days, and try to produce them at the level we’re doing. We’re being very ambitious on Opening Day, and I think viewers will see that.”

If the games are what matters, than expect ESPN to have its best baseball season in years in 2014.