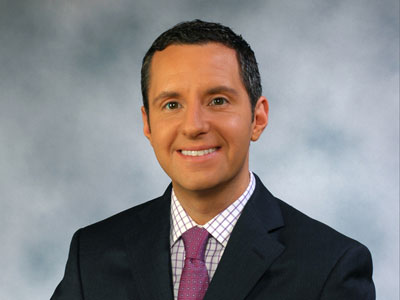 Andrew Catalon announced his first NCAA Tournament for CBS this weekend.  Also known as the voice of curling during NBC’s coverage of the Winter Olympics, Catalon has been named by this site and many other media observers as one of the top young announcers in the industry.  However, he found his name in the headlines for the wrong reasons after his first day calling the tournament for CBS.  During the Gonzaga-Oklahoma State game, he used an ethnic slur to describe Gonzaga big man Przemek Karnowski, who hails from Poland.

Catalon immediately apologized on the air, on Twitter, and to Karnowski and Gonzaga coach Mark Few.  The offense led many to speculate whether Catalon would be held out of Sunday’s Round of 32 games, suspended publicly by the network, or worse.  However, CBS stood by Catalon and he called the Round of 32 games without incident.

Catalon spoke for the first time about the misstep at length to Richard Deitsch of Sports Illustrated and apologized again.  He also claimed that he didn’t know the word he chose was insensitive:

First and foremost, I’m deeply sorry. The honest truth is that I had no idea it’s considered a derogatory term. I’m ashamed and embarrassed to admit that, but in no way was I aware that I was making an insensitive or off-color remark. That’s not who I am.

It was very important to me that I apologized to him in-person. I immediately issued an apology on-air, but I wanted to meet with him face-to-face and apologize. I went into the Gonzaga locker room right after the game and he was very gracious in accepting my apology, as was Gonzaga head coach Mark Few, who offered his support.

CBS Sports executive Sean McManus also spoke to Deitsch and offered his reasoning as to why the network chose to move on and not punish Catalon:

“He made a mistake,” McManus said. “He realized he made a mistake. He immediately apologized on air. As soon the game was over, he went and sought out the player and apologized to him and the coach. Everyone involved, as far as the principles in the occurrence, including the player and the guy who made the mistake, agreed it was a mistake and agreed to move on. And so did we. We moved on and put it behind us.”

There are a few layers to unpack from these quotes.  For Catalon, not knowing that his word choice in that moment was offensive is a major and unfortunate oversight.  Taking him at his word and looking over the course of his career, it seems to be a genuine mistake.

For CBS, standing by Catalon is a sign the network still has faith in his abilities as a play by play man.  I wouldn’t expect him to miss any assignments in the short or long term over the incident on Friday.  If CBS was going to discipline him, it would have happened on Sunday.  It’s clear he still has a bright future at the network aside from this stumble.

Catalon’s case will certainly be viewed as a lesson to everyone behind a live microphone to be more careful with off-the-cuff remarks, even if there’s no harm meant.  However, looking at this incident, one can’t also help but wonder if another offensive word was used whether or not it would have been as easy to move on.