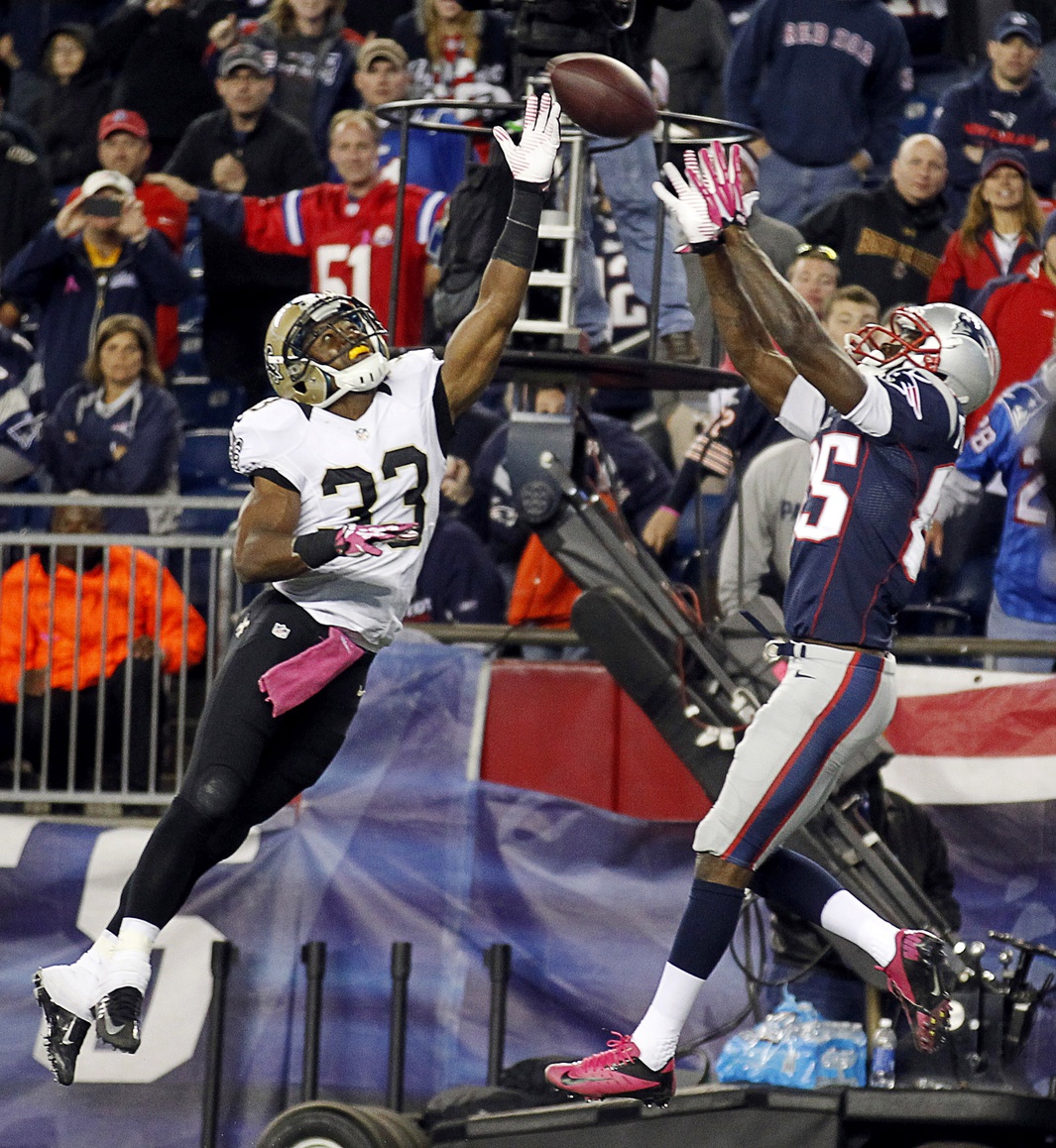 Tom Brady and the New England Patriots pulled off a dramatic come-from-behind win over the New Orleans Saints on Sunday, culminating with Tom Brady's touchdown to rookie Kenbrell Thompkins with 5 seconds to go.

You'd expect the Patriots radio crew on 98.5 The Sports Hub to enjoy the moment, but analyst Scott Zolak did much more than that. He went off the deep end.

There's quite a lot here, so let's break down Zolak's performance one line at a time.

Fair enough. Brady was coming off a disappointing loss to the Bengals last week in which he failed to throw a touchdown pass for the first time in 53 games.

I mean, sure, if you're a Patriots fan. He's right. Tom Brady is certainly the current quarterback of the New England Patriots.

He's calling out the fans who left Gillette Stadium when the Patriots trailed late in the game. Does he want a list? Pretty sure that would violate the Fourth Amendment. Why do you hate America, Scott?

Now things are just getting weird. Maybe he's making a Charlie the Unicorn reference? Or maybe there are hallucinogenic drugs involved? Or both?

SZ: "BOY, WHEN YOU THOUGHT YOU'D SEEN IT ALL. WHEN IT'S TOTAL DESPAIR. FOURTEEN YEARS IN THE LEAGUE. THIS SITUATION AFTER [THE] SITUATION[S] HE'S BEEN THROUGH. AND TO ELEVATE A ROOKIE."

I don't know about "total despair" Scott. The Patriots were 4-0 when they suffered their first loss last week. They would have fallen to 4-2 if not for this comeback, which would surely be disappointing, but in no way could that be considered "total despair." At all.

As for Thompkins, he's a rookie, but he had three touchdowns in the first five games of his career. It's not like he hadn't been 'elevated' before, although none of his previous scores compared to the magnitude of this moment.

You can't help but think of WWE announcer Jim Ross as Zolak delivers this final line. It's really the perfect way to end an out of body experience doubling as a monologue.

You have to feel a litle bit for play-by-play man Bob Socci,  who first has his game-winning call stepped on by Zolak and then is silenced completely as his partner opens up his playbook of non sequiturs. Ponies, unicorns, and 80's pop culture references certainly make for a memorable call, though.