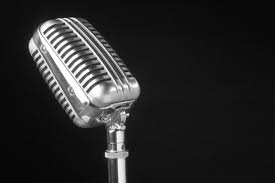 We're on our quest to definitively name the greatest announcing call in the history of sports.  We started with a list of 64 (the top 32 of which were seeded) that will be narrowed down to 1 at the end of the month that will earn the greatest of all-time title thanks to your votes.  Each day will bring a list of new matchups as we march our way through the tournament.  Round 1 and Round 2 are in the books and you can view the full results at the links.  This week will see the Sweet 16.  Finally we have the Allen Bracket.  Today's matchups…

3) We'll see you tomorrow night vs 2) Down goes Frazier!

Jerome Lane had a rather unspectacular playing career. However, he is responsible for the most replayed highlight in the last 25 years of college basketball. It didn't hurt that fan favorite Bill Raftery spoke four words that have become part of the basketball lexicon.