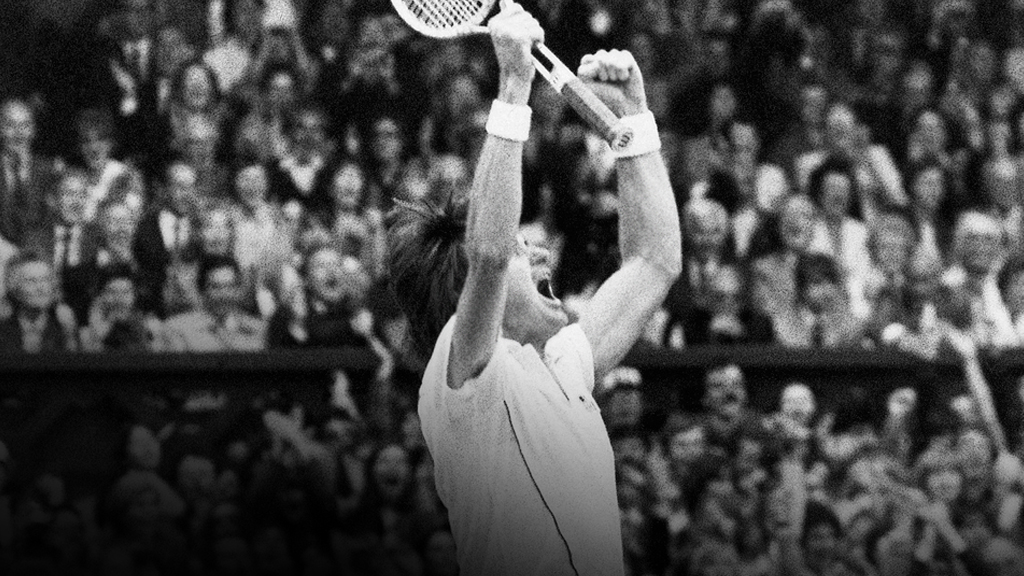 Length – 52 minutes without commercials (1 hour with)

Most Similar To – The 16th Man, Survive And Advance

Review – There are two things thus far that I'll say about this year's crop of 30 For 30's. 1) None of them have stuck out in a good or a bad way compared to the rest of the series. 2) Unlike previous seasons, I've found that for the most part the stories behind this year's batch were new to me.

This Is What They Want about Jimmy Connors again kept that trend going as I found it to be a solid and concisely told documentary that was enjoyable although one that doesn't cross that threshold where'd I'd actively campaign people to watch it and bring it up in conversations with friends after its airing.

Looking at my two main criteria for rating these (How interesting is this and how well did you tell it?), there is fundamentally nothing wrong with how the story is told. Koppleman and Levien were the writers behind Rounders and have worked in the past directing and writing the infamous Tilt series. Under their direction, This Is What They Want moves at a very quick pace and wraps up neatly in under an hour with little down time to look at your phone or mull taking a nap unlike this year's Monday Night Football schedule.

The film is packed with highlight footage of Jimmy Connors' unexpected 1991 US Open run and is augmented nicely by Connors' participation as well as a who's who of tennis stars and personalities who again keep the story moving forward at a very brisk pace.

Having only been nine at the time of Connors' remarkable run (he was semi retired and 39 at the time) and a few years removed from being kicked out of tennis lessons for defiantly gripping my racquet like a baseball bat and sporadically smashing balls over the fence on purpose, the 91 US Open was something I really had no background on.

The retelling is pretty stellar as huge assets to this documentary include tourney opponent and friend Aaron Krickstein as well as Chris Fowler who I really don't get enough for my liking being on the west coast where College Gameday is pretty much a non entity. Seriously though, there are a couple of times where I actually rewound my DVR as Fowler was killing it at levels only seen by Don Draper during his famed Kodak pitch.

Where the film fell a little short is the limited appeal for the story itself. I'd imagine non tennis fans would be hard placed putting this in their top 20. While the 91 US Open is a good story, there is nothing transcendent about it that opens the door for non tennis fans to really revel in the retelling. Survive And Advance and the 16th man are similar stories of unexpected runs, but what put those stories a tier higher is that a) they went all the way b) those championships were part of a larger narrative that resonated with the audience at a whole different level.

I thought This Is What They Want was interesting and entertaining but ultimately it's a good story somewhat isolated in relevance and nostalgia to the tennis world. If this was a 90 minute 30 for 30, I'd be a lot more skittish about it, but it breezed through and stayed interesting through out. With a lot of compelling footage and great interviews, it will hold a special place in the hearts of tennis fans. Ultimately the film will make a positive impression with other sports fans as a whole, but I'm not sure it will be as memorable as other films that often stimulate viewers on multiple levels.