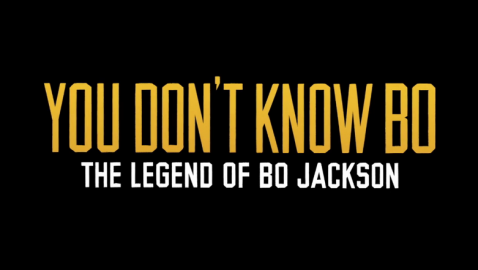 ESPN has aired their latest installment of the 30 for 30 documentary series ' You Don't Know Bo' three times. For those who attempted to DVR any one of these three viewings, all three airings of the program left viewers with an incomplete recording unless they added extra time to the end of the program. Below a look at how this came to be.

It was a little under a year ago I blogged about ESPN bleeding DVR viewers by discontinuing the 30 for 30 brand and releasing new documentaries under the ESPN Films umbrella. The thinking there was that many like myself set up a season pass for the 30 for 30 series on their DVR and more importantly had grown an affinity and premium perception of the series.

The 13 documentaries that rolled out without the 30 for 30 branding were for the most part received with significantly less buzz, ratings, and DVR viewers, in part due to the brand confusion surrounding the films. To ESPN's credit, 30 for 30's staying power and traction swayed the suits in Bristol to double down on the series and bring back the brand.

Alas, I thought DVR distribution issues for what I consider ESPN's best original programming was a thing of the past. But fast forward to ESPN's latest 30 for 30 installment, 'You Don't Know Bo', and once again The Worldwide Leader seems to have flubbed the DVR viewability of what many have deemed one of the top documentaries of the series.

Rewind to Saturday night when it initially aired on ESPN following the Heisman ceremony. With the Heisman ceremony going 10 minutes over schedule, those who didn't add minutes onto the scheduled end of 'You Don't Know Bo' were left with a version missing the final minutes.

These programs are ESPN's most ambitious pieces of programming done by legitimate filmmakers and I find it a shame that many like myself didn't get to see how the film wrapped up.

With many being in the same boat as myself, the 30 for 30 Twitter account did their best to promote the third and likely final airing of the program in 2012 for those wanting to catch the show along with its ending.

If you missed YOU DON'T KNOW BO (or your DVR missed the last 10 mins) it airs tonight at 8pm ET on ESPN2.

And just in case that wasn't a good enough reminder, one final nudge.

But there was one problem. NFL Live was airing on ESPN2 for the first half hour of 'You Don't Know Bo'.

With no live events on the schedule that could have gone over their scheduled time, I found this really puzzling. What could have thrown off ESPN2's entire prime time schedule by a half an hour for the evening which included a slew of other first run programs that I'm sure had their DVR audience affected?

Yes, the media shy Kobe Bryant giving a rare interview to revered sports scribe Stephen A Smith was apparently deemed noteworthy enough to jumble the ESPN and ESPN2 schedules for the day.

This left me and many others 0-2 on having a full recording of 'You Don't Know Bo' but our followers were quick to point out that ESPN failed to start the documentary on each of the three times they aired it.

Playing devil's advocate, I get it. Every week I set my DVR to record 'NFL Films Presents' on ESPN2 and it's a coin flip that it actually records as live games can push back its airing.  I can usually keep tabs on it to adjust or record one of the 3 other airings of it on ESPN2 or NFL Network later in the week.

That said, we're talking about what many consider ESPN's creme de la creme, one of the things ESPN does that receives universal praise these days. With a litany of issues dragging down the ESPN brand, here is one property doing its best to prop up the brand. With only 3 listed airings of what many have called one of the better 30 for 30's made, it's somewhat ridiculous that ESPN cannot figure out a way to preserve the integrity of the recording for those who choose to DVR.

The lead-in audience for the Heisman ceremony is crucial, but I'm somewhat surprised to see that ceremony go over its slotted 60 minutes by a decent margin. It's a bunch of fluff and time wasting for 55 minutes, an announcement, a speech, and an interview. There's only a couple of moving parts there.

I can understand the second viewing starting late due to a basketball game although that's a very common occurrence that ESPN and others seem to haven't figured out how to remedy.

Yesterday's 30 minute delay is the most head scratching considering ESPN knew many were looking to record in the wake of the issues over the weekend. An interview with the reclusive Kobe on the underreported state of the Lakers? Really?

You would think that with four channels on most basic cable packages, ESPN wouldn't run into these scheduling issues.

Going forward you'd hope the folks at ESPN realize the significance of the 30 for 30 series and the scheduling impact on DVR viewers. For now, I'll settle for another reairing and hope that the 4th try is a charm.