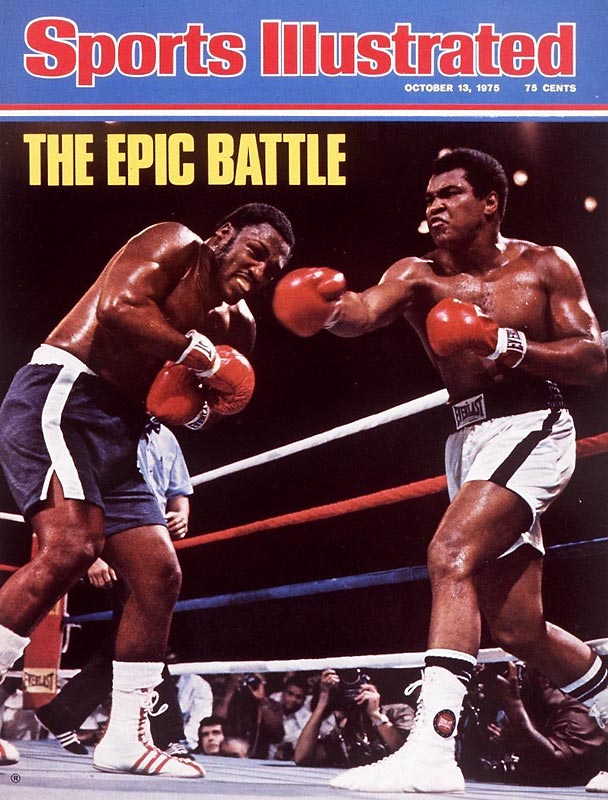 All of the seismic events throughout the history of mankind, the ones that rest in the dwelling place of the gods, have been trilogies.  Ali-Frazier.  Gatti-Ward.  Star Wars.  The Hunger Games.  Die Hard.  The Naked Gun.  (The Godfather would have made the cut had it not been for the abomination that was Godfather III.)  At long last, the immortals have opened their gates and welcomed another epic trilogy into their midst.

The soon-to-be ESPN sports business reporter and the media savant of Sports Illustrated have taken centerstage in Twitter Wars before on a couple of occasions.  Since their last battle a few months ago, there had been nothing more than tactical blows from a safe distance.  Little more than a few sly jabs back and forth.

That changed Friday, when these two gladiators of social media finally brought their trilogy to completion.  The pitch of the battlefield was tennis.  Yes, tennis.  The health of tennis in America has been the central sticking point between Deitsch and Rovell for the last year.  Rovell sees the sport as struggling in the United States.  Deitsch has defended the game.  With Wimbledon reaching its climax, now was the time for Deitsch and Rovell to settle matters once and for all.

Get your popcorn ready!  Deitsch vs Rovell III.  Who emerged victorious… here’s how it played out…

Deitsch’s opening salvo was a brilliant surprise offensive.  With Roger Federer making the Wimbledon Final, why not take the opportunity to both praise his enduring legend and get a shot in at Rovell?  Well played.  Rovell responded with what has been a consistent line of attack, striking back at Deitsch by hitting him close to home and bemoaning the fact that both Novak Djokovic and Roger Federer have not received the necessary plaudits from Deitsch’s own publication, Sports Illustrated.

Rovell continued the hammering, staggering Deitsch with some effective blows regarding the lack of impactful tennis coverage in the magazine.  Covering a sport online everyday doesn’t equate to a sport’s overall health and the fact that it’s been two years since a tennis player graced the cover of SI is telling.  These weren’t knockout punches, but Deitsch was clearly up against the ropes.  Rovell had all the momentum.  Sensing this thriller reaching a premature end, Deitsch brought out the BFG 9000 and rocked Rovell’s world.

“Given your publishing of fake escort services, you might want to ease up on the business lessons, Warren Buffet.”

Ouch.  That stung even me.  That was a borderline low blow, but when you get to this stage of a Hundred Years Twitter War, everything is in play.  With that one blow, suddenly Deitsch found his fight once again.  He was the one landing the harder, cleaner punches.  He was the aggressor and the one on the front foot.

Rovell tried to bounce back (and after all, he was the victim of some shady activities, but in the end his name was on those reports).  He challenged Deitsch’s reporting chops, but Deitsch was unfased.  If the Warren Buffet line was the turnaround to the fight, the Paris Hilton line was the coup de grace.  Although the two exchanged jabs in the final rounds about the biased or unbiased perspective of tennis reporters, the fight had already been decided.  The towel was thrown in with Rovell on his stool in the corner.  To Rovell’s credit, he was ready to continue, but this battle had to be stopped for the health and well-being of both men.  The winner, by a 14th Round TKO, Richard Deitsch.

As to the actual argument as to whether or not tennis is dying in this country… for those of you that may care about the substance of this debate.  It’s an interesting argument and one that doesn’t have a clear answer (thankfully, or else there wouldn’t be much to discuss here and this would all seem, well, rather silly).  ESPN’s decision to televise all Wimbledon matches live is a great thing for the sport.  The decision to DO IT LIVE on cable instead of tape delayed network coverage is one that will serve fans in the short and long run.  ESPN has also been rewarded with an increase in viewers of 24% from last year.  Additionally, the number of tennis playing Americans increased 25% from 2003 to 2009.

And, if you look at the favorite sport of Americans in an SBD study, the decline in tennis’ popularity is only surpassed by baseball amongst major sports and equaled by horse racing.  In 1985, 5% listed men’s tennis as their favorite sport.  In 2010, it was only 2% (although 1% had added women’s tennis as their favorite).  Baseball was down 6% and horse racing 3% in the same timeframe while pro football and hockey had the biggest growth.

In the end, there is clearly ample room for staking a position on either side of the net.  That’s a good thing for us and for fans of the Twitter Wars because it’s unlikely the story of Darren Rovell and Richard Deitsch ends with this trilogy.  If Rocky and Star Wars and Planet of the Apes can go beyond 3, so can these two… as long as ESPN doesn’t get in the way of Rovell’s tweeting.