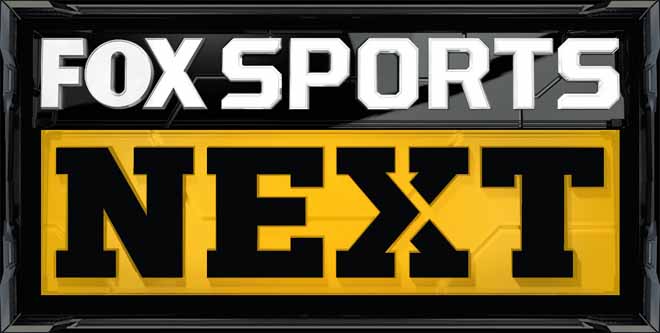 Update:  Earlier we mentioned that Sarkissian Mason worked with Fox on the relanuch. We've since learned that they were only responsible for the branding components of this project and not the tech overhaul.

We've also heard that another attempt at a relaunch may not occur until after signing day which we hinted at which would be early February.

In the August 13th edition of the Sports Business Journal, Fox's PR folks gave a nice tease to the much anticipated rebranding and upgrade to the Scout.com platform and its large network of college sports recruiting sites.  With 5 million monthly readers, many of which are paying monthly subscribers, Scout's network of sites was in dire need of a design and functionality refresh as it had seemingly been lapped by competitors like 24/7, Yahoo owned Rivals, and even standout blogs.

The SBJ article shed light on the August relaunch where the Scout brand would dissolve and would become Fox Sports Next.

But as August came to an end and the college season got underway, the Scout migration (the first major upgrade since Fox purchased the network in 2005… yes 2005) had yet to be rolled out. Presumably there were technical issues that needed to be resolved and as September came to end, many grew impatient for the upgrade that had been rumored and discussed for years as standard functions like commenting and friendly mobile viewing were lacking in the legacy Scout platform.

Late last week though, Fox finally flipped the switch across the network and it was a total train wreck. We won't get into the full list of what didn't work, what people hated, and what made people pull their hair out, but the main gripes that surfaced include:

– Subscribers continuously pestered for credit card info regardless if they were already paying members.

– Site loads were beyond slow. Getting the first images on the site to paint would often take 30 seconds of waiting.

– No communication or guidance on technical issues.

Below is what a Scout publisher posted on the failed migration. The basic sentiment of the message below and the intensity of it has been echoed and amplified many times over by readers and publishers.

"As you all know, the last four days since the new site launched have been very trying times for the staff and the users of this site. The FOX Sports Next team has been unable to seamlessly transfer the accounts, and unable to stabilize an array of technical problems since the launch. We've worked tirelessly to try and help all of you through this process, but it's become clear that FOX Sports Next is not ready — and not close to being ready — to be fully functional and problem-free.

Because of this, we're moving back to the old site tonight. Overnight the servers will be routed to return to the former front page, and we'll shift all conversation back to the old forums. We'll sort through all the technical and account aspects of this return in the coming hours.

We're sorry everyone had to endure these last four days. Frankly, we're extremely disappointed with how this developed and if we had any indication that the network would run into these types of problems (and be incapable of fixing them quickly) with this redesign, we would have never gone down this road. At some point in the coming months there will be a redesign, as it's in the best interests of this site to make much-needed technological improvements, but not with a network that is unable to support it — and not at the expense of our readers' patience and good will."

Rivals and 24/7 were quick to react by offering sudden free trial promotions to their competitor sites as Fox tried to fix the issues.

In the end, Fox succumbed the tidal wave of discontent and rolled back all of the sites back to their legacy version. I did some research on the matter and tweeted about the move earlier yesterday, which led to a heavy volume of replies and retweets as disgruntled readers rejoiced in the decision.

The aftermath of all of this is a total mess both on the technology side and on the branding side as Fox will have to circle the wagons and rethink a new plan of attack.

On the technology side, a ton of work needs to be done/redone. Some of the design elements that didn't go over well on the message boards will surely have to be tried again as that seemed like a major point of discontent. Those who were able to navigate to those sections of the website found the path more treacherous than the Magellan Straight.

The branding aspect of this is even worse to think about. Readers of these sites knew the Scout brand well and often didn't know it was under the Fox umbrella. For the majority of readers, this is their first real connection and memorable impression that Fox runs a site they likely have a borderline addiction with.

If you peruse some of the Scout sites, Fox Sports Next is now a total laughing stock that will take some major brand resuscitation to be viable going forward.

You have to wonder, even if the technical issues can be ironed out this month or even this year, if Fox deems the brand so damaged that it has to either keep the Scout brand or come up with another play on "Fox Sports _____." It also could be deemed that a second foray down the migration path might be too risky until after National Signing day.

Unfortunately, the disruption of coverage while in season has frazzled a very large swath of readers and subscribers and Fox now has the daunting challenge to repair those relationships on top of the existing challenge of getting the influential and profitable network on a desperately needed modern design and technology platform.