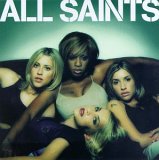 And no I do not mean that crappy R & B group from the 90s. We’ll be live-blogging away tonight for the return to The Superdome….it’s GRAND Re-opening if you will. The regulars will be here and I’ll be your host for the evening, so comment early and comment often. Welcome Home New Orleans (as much as that statement can mean after the hell you’ve been through).

They say a picture is worth a thousand words, but I don’t know if there are/were words for these. 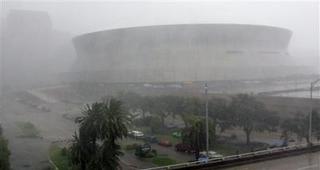 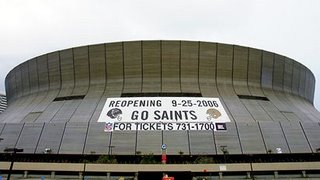 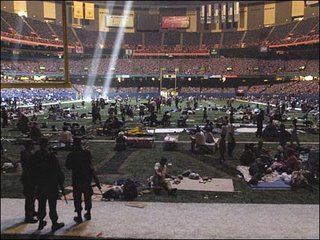 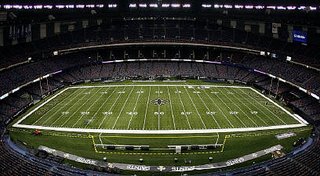 Welcome. Here we go…..Live from the Superdome, The Big Easy, Louisiana.

7:09- So Sean Payton took them through the entire game before the actual game, including a performance by U2 on the jumbotron and fake fan noise. Do you think he simulated the pounding that the Falcons running game is going to give them? Sorry, I’m rooting for the Saints I’m just saying….it ain’t going to be easy.

7:15- Is a spleenectomy and actual word Mort? And look out Buzzsaw…..Mr. Paris Hilton is your new QB.

Umm, At least U2 and GreenDay are here tonight. So much for high scoring.

7:24- Add Robin Roberts (the lady not the pitcher) and Bob Ley to the mix.

7:27- Add Jeremy Schapp Mark Schwartz (who looks just like Schapp) doing an interview with Joe Horn. I’m a huge Joe Horn fan by the way….He’s a class act. Cell phone and all.

7:36- I have no idea who Chris Berman said caught that Bengals Touchdown….sounded like Houssshshs….zim…..mandadzaha.

7:43- Is Peyton Manning the new Joe Montana. I mean it is okay to say no to SOME commercial offers.

7:44- I think Steve Young was still mic’d up when they came back from a piece. “I’ll call you when I get back from Atlanta.” Either Steven had one hell of a transfer flight, or he’s already forgotten where he is. Don’t see how that’s possible at this point.

7:45- “It’s under budget and on schedule…..unlike most of New Orleans.”- Bob Ley, Okay Bob Ley is a f’ing dick. ESPN really should have bleeped that…..don’t see how they are not getting backlash on that one.

7:48- “The toughest part was to scrub away the cess pool of human misery.”- Mark Schwartz, Okay….we have another dick. Thanks ESPN….I’M ready for some football are you?!?!?!

7:52- I think I just saw the fat kid, Goldberg from the Mighty Ducks, in a Castrol commercial….Can anyone verify this for me?

Your other viewing options tonight: Prison Break, Wife Swap, Deal or No Deal, 7th Heaven, HIMYM, Beyond the Glory- Jerome Bettis, The O’Reilly Factor, Inside the Actors Stuio- Angelina Jolie, and Diary of Ludacris.

8:26- “There is a house in New Orleans they call the Superdome.”- Billy Joe, set to the Led Zepplin song House of the Rising Sun…..pretty badass with the horns and all.

8:30- “You’re Beautiful….Music Rises.” I may hate U2, but they are awesome individuals. Music Rises

8:32- When the Saints come Marching In…..we are still here. Who is on that motorcycle?

8:38- Are you fucking kidding me? Ashton Fucking Kutcher picks up the helmet for this game? Fuck ESPN….I’m serious…..fuck them to hell and back.

Correction- As FuckingBrian notes House of the Rising Sun was not a Zepplin original. I’m not that up on my folk music and I think that’s the first band I heard play it. You learn something new every day.

8:42- Erma Thomas on the mic……I’m actually surprised that they didn’t boo.

8:45- You would think that ESPN would skip the f’ing Hank Williams for tonight…..umm no. Welcome Back New Orleans…now buy our stuff. Sincerely, Nike.

BLOCKED PUNT FOR A TD! Wow.

Holy Cow that was amazing.

8:54- Rossum tries to fake a backward pass, which faked no one.

Rob I said… I just spit arrabiatta sauce all over my TV screen. The Most Important Punt Block Ever.

“I’ve got him in fantasy tonight. You’ve got to catch that.”- TK, as Alge Crumps drops a TD

Umm what Joe? That’s what he said?

“At what place is their body someplace else?”- TK

9:18- “I don’t want to make it seem like he was Lorraine Cross and he didn’t take any money.”- TK, umm who Dennis Miller.

9:22- “This turf doesn’t favor Reggie Bush”- JT, Okay two minutes ago Joe said it was going to be harder on people with long strides and not those with smaller legs. Now he changes his tune.

9:24- Don’t let State Farm fool you….this is all spin. Spike Lee destroyed them in When the Levees. Remeber Hurricane protection does not protect you from water damage.

9:25- Oh that block was sick by Drew Brees! Great Play. Sean Payton brought some Jap plays with him.

9:30- “I know we have social issues to worry about but this is a great start.”- TK, yep…that’s right Tony “Social Issues”.

Side note: I HATE Archie Manning.

Rob I said… Drew Brees just threw the Most Important Block by a Quarterback Ever.Man, this stuff writes itself!

9:33- Michele Tafoya said Deangelo got a call from Deion….Contest: What did Deion say? Winner gets a bottle of Uncle Jemima’s Mash Licka!

9:41- Warrick Dunn cares about black people. Seriously though that letter was amazing and I can’t believe that they didn’t raise the $8.5 million. What is that to an NFL player?

So Vick is 2-10, and only has the one long one. Can we stop with all the Vick has finally arrived articles now?

Jay said… The steps going to porches that are no longer there are like “gravestones”. TK is on a rhetorical roll tonight.

Very good point. He’s almost over-doing it at this point. Save some for the second half Tony.

“A year later it’s still not right here.”- Spike Lee
“It’s 4 Hours and then back to their FEMA trailers.”- SL

Joe Horn is a badass still.

So what BoSox….I’m drunk. You wanna fight about it? Just kidding. That makes a WHOLE lot more sense.

Text from my friend Boston Barry (a Red Sox fan)…..”Did you watch Heros?” Umm no.

10:15- Welcome back to the NFL Morten. There’s a Block Party in New Orleans! There you go newspapers….I write them for you.

“They call it tape Tony”- JT, getting kinda perturbed with Tony! Tony!

Jay said…Jeremy Shockey just called to say that the Falcons have been outplayed and outcoached in the first half.

Dammit Jay….you beat me to it.

So just a quick sidenote here. My roommate (not the first one but a different one) can fall asleep anywhere. Well right now he’s passed out cold on the couch. Do I mess with him?

“The Falcons didn’t want to get swept away with the Tide of Emotion”- TK, more hyperbole. Seriously, stop it.

JT blames the problems of the Falcons on the new field. The Saints seem to be having problems.

10:53- Reggie Bush into the game…..”Reggie is the guy who can draw attention and you can’t forget about Ernie Cromwell”- JT

11:00- So I went to 7-11 at halftime to get a coffee, and was coaxed into an impulse buy. Two packs of UpperDeck Football cards….here they are:

Radio Man said… Actually, that big guy with the cheesy hair and mustache and cell phone told me that I should like 6-5, 230-pound quarterbacks with laser, rocket arms. So I like those, not Drew Brees.

Good point. Their advertising isn’t working on me.

11:10- “The most the Falcons will have in this game is four posessions”- JT, I take that as a challenge. We’re on one right now.

“It’s brand new grass and the blades are long”- JT, Umm longer grass would lead me to believe that running would be slower, but that’s just me. He did bring up the beads, which is most definitely the reason.

11:15- “When the flag was thrown he must have seen something to take it out of his pants.”- JT
“Hahahahahaha……that’s a no commenter for me”- TK
“Tony sometimes it’s like having a little kid in here”- MT

Oh man oh man…..was that ever funny. I hope at least some of you are still up. Lines are being drawn!!!

OH MY GOD THIS IS GETTING AMAZING!

“Don’t you think that Atlanta wasn’t confident running the ball coming in?”- TK
“Yes I did, but then the Saints decided to be invincible”- JT
“That and the size of the field”- TK

I can’t even keep up with this anymore. Too F’ing funny…..keep it up Tony….onto the 4th!!!

11:24- Your sign of the night “Dirty Birds make Good Gumbo”…..at least the creative juices are flowing in N.O.

Jay said… Just in case anyone was wondering the Cardinals lost and the Astros won again tonight. Cards 7.5 game lead is now only 2.5. Epic tank job in progress.

“Seize the second of this season”- Avery Johnson?
“Dancin’ Dartin’ and Dropped Down”- MT, Aliteration aside guys I think I’ll take my chances in the tournament.

Jay could basically do my job for me at this point (as if I get paid for this) but….

Jay said… Where the hell is Michelle Tafoya? Does she call it a night at halftime?

Very good question…..they’ve gone to Suzy about 5 times in the second half.

If the Saints DBs play like this all year look out for the Saints playoff run.

4th down conversion for the Falcons. Vick actually hit someone in stride.

11:41- The Asian Assassin makes himself known.

“This is like one of those Tom Brady drives like last night where it takes nine minutes and you run out of time”- TK, very good point. More importantly it’s ruining my 4 possessions challenge to Joey T.

“I’m coming in lighter….my knee is coming back.”- JT, on Deuce. I’m channeling my inner Tony here but…..I would hope so.

4 possessions…..Joe is looking to be spot on. That pisses me off. 2 Minute Warning.

Quick Note: I’m going to be sappy here, but I’ve always felt that Sport emulates life. The city of New Orleans had their biggest home rebuilt, and now they can go back and (please god) rebuild the rest of the homes in that region. Even as the highlights are being replayed on SportsCenter you can hear the trumpets in the background. I think I’m going to take my first trip down to the Big Easy in this next year……who’s coming with me?