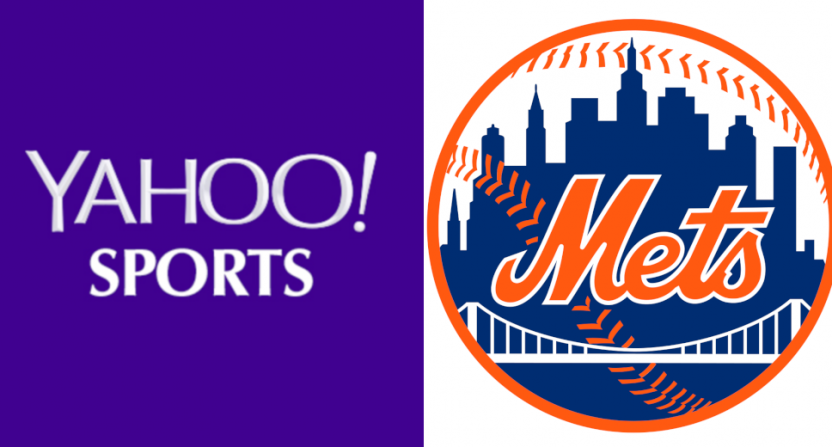 One of the stranger media stories in a while has been what’s happened with Yahoo’s planned premium subscription Mets site. Talk of Yahoo getting into the subscription site business started in February, when Andrew Marchand of The New York Post reported that the company had agreed to a three-year deal with the Mets that would include not just writers covering the team, but also VIP experiences for site subscribers (with elements like access to batting practices, press conferences and front-office Q&As discussed). But it didn’t wind up launching at all, and now all four of the writers hired for the project are no longer with Yahoo.

Yahoo hired four writers (Wallace Matthews, Matt Ehalt, Mike Mazzeo and Gerard Gilberto) ahead of Opening Day, and said they would be focused on the Mets. And those writers started producing some content for Yahoo’s main site early in the season. But the specific subscription site they were supposed to be working for still hadn’t launched by May, with Bob Raissman of The New York Daily News writing that that was about MLB intervening to try and strike similar deals for other teams. And in July, Yahoo decided to cancel the site, but said they planned to keep the writers they had hired to cover sports in general (with a focus on baseball). Well, Yahoo parent Verizon Media Group is laying off 150 staffers this week (as per Kerry Flynn of CNN), and all four of the former Mets writers tweeted Friday that they’re no longer with the company.

Today is my last day w/ Yahoo Sports as part of their layoffs. Enjoyed working w/ great folks on the baseball staff.

Thanks for reading/interacting & to the fans for making it exciting. Enjoyed my time covering the Mets.

Today is my last day at Yahoo Sports. Thanks for reading. You ain't heard the last of me!

Today is my last day at @YahooSports. Not sure what's next. Thanks for reading.

Today is my last official day with Yahoo sports. I’ll be around so please keep an eye out for what’s next. Thank you

These are just a few of the Yahoo Sports layoffs this week; long-time writer and editor Kevin Kaduk announced his departure Wednesday, as did video/social media editor Justin Perry, and many Yahoo Sports Canada writers, editors, videographers and graphic artists/photographers also announced this week that they were laid off. And long-time fantasy writer/show host Brad Evans announced earlier this month that his tenure at Yahoo ends at the end of December. But it’s interesting to see that all of the writers who were hired for the Mets site are now leaving.

While the site never launched, there was still an impact from the writers hired (who wound up doing quite a lot of different things for Yahoo Sports during their time there, although that’s still maybe unfortunate considering that they came on board under the impression that they were going to be able to focus on one team). And a Yahoo spokesperson said in July that “We’ve learned a ton during this exploration and intend to use these insights to inform the future of the fan experience through Yahoo Sports.” And Marchand wrote in July that Yahoo never wound up having to pay the Mets because the site was never launched, and that they were “choosing to invest the money in other Yahoo entities and in sports with eye still on the subscription space.” So it’s still possible we’ll see Yahoo return to some form of subscription concept down the road, and maybe the lessons learned from the never-launched Mets site will help with that. But it’s certainly notable that the four writers who were hired for that Mets-specific site are now no longer with the company.