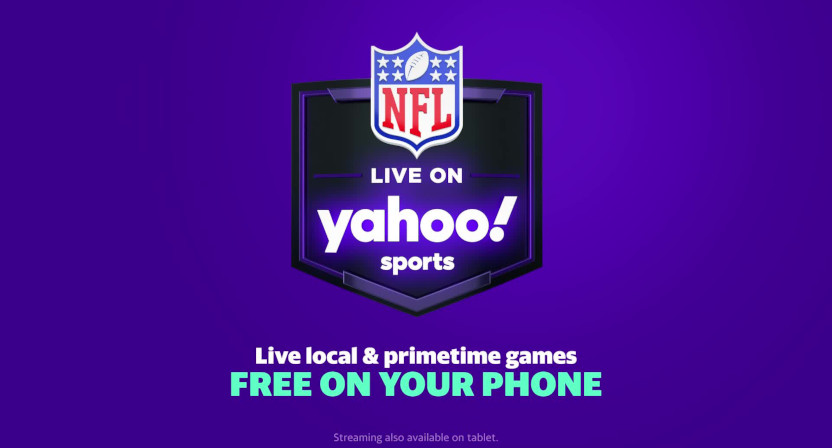 In 2015, Verizon bought AOL for $4.4 billion, and in 2017, they bought Yahoo for $4.48 billion. Now, as per Benjamin Mullin and Miriam Gottfried of The Wall Street Journal, they’re exploring a sale of those outlets and their other media properties for a total of between $4 and $5 billion. And, notably, Apollo Global (the private equity firm that owns Cox, and that was involved in some early bidding for the former Fox RSNs), is reportedly involved in the process. Here’s more on that from Mullin and Gottfried:

Verizon Communications Inc. is exploring a sale of its media assets including Yahoo and AOL, according to people familiar with the matter, signaling a dramatic reversal of the communications company’s once-lofty ambitions in the sector.

The sales process, which includes private-equity firm Apollo Global Management Inc., could yield a price of $4 billion to $5 billion, the people said, assuming there is a deal.

This would be a huge loss for Verizon based on what they paid for those outlets. But plenty of media outlets have wound up fetching far less in subsequent sales, so this isn’t unique there. It’s also not entirely clear what the current bottom line is for Verizon’s media assets. As per their April 21 earnings call for Q1 of 2021 (and their attached presentation slides), their media group made $1.9 billion in revenue in that quarter, up 10.8 percent from Q1 2020.  But there’s no expenses or bottom line figure listed for the media group, so there’s no information on if that comes with a profit or with a deficit. If it’s a deficit, there’s some value to getting out from under it and not having to pay ongoing costs.

The growth figure there also should be considered in terms of the whole past year.  As detailed on slide 11 of Verizon’s presentation document, Q1 last year saw the media group take a 4.0 percent year-over-year hit, Q2 saw them drop 24.5 percent YOY, and Q3 saw them drop 7.4 percent YOY. So the 11.4 YOY percent climb in Q4 2020 and the 10.8 percent climb in Q1 2021 are nice, but that doesn’t fully equalize their losses from last year. And while they’re far from the only media company to take a big hit during the height of the COVID-19 pandemic, those losses are worth keeping in mind in terms of why they’re looking to sell now.

At any rate, it’s certainly notable to see Verizon at least exploring a sale of their media side. The media side has brought them some advantages, such as rolling their NFL streaming deal in with Yahoo (as seen in the graphic above) and gaining far larger viewership there (plus integration with fantasy and other content). And their video side has been far more successful post-Yahoo than it was with their own go90 attempt (which they shut down in 2018). And the Yahoo and AOL deals have been at least somewhat helpful for Verizon, which unlike some other mobile/cable/internet providers, doesn’t have their own affiliated TV networks. (In particular, AT&T/DirecTV has the old Time Warner properties, including CNN, TBS and TNT, plus their own RSNs, while Comcast has the NBCUniversal portfolio and its RSNs, and Charter has three RSNs of their own.) But to see them looking at a sale of these outlets at a valuation so far below what they paid definitely indicates that this hasn’t been a good investment overall.

A big question with this sale talk is about the value that remains with Yahoo and AOL, and if that value could be expanded by a different owner. Yes, there are some positives at both properties, with the NFL streaming deal at Yahoo in particular standing out. But that deal (signed in December 2017) expires after 2022, and it may be harder to renew if Yahoo isn’t owned by a giant telecom company like Verizon.

And when it comes to sports coverage in particular, Yahoo has seen some big losses in the past few years, with exits of top talents like Adrian Wojnarowski, Shams Charania, Jeff Passan, Greg Wyshynski, Chris Mannix and others for other outlets, and wide layoffs of many other notable names. So the 2021 version of Yahoo Sports isn’t necessarily of the same stature as the 2017 version Verizon bought was.

And as for AOL, while that company has a proud sports history, Verizon shut down AOL Sports as a separate entity in late 2016. And having former AOL executive Tim Armstrong and his questionable sports past run the combined Yahoo/AOL “Oath” division (subsequently rebranded to Verizon Media in 2019 after two years of realizing that was a terrible name) didn’t necessarily help the whole business; Armstrong left Verizon in March 2019, taking a payout of more than $60 million along the way, but many of the decisions made under his tenure continue to impact Yahoo and AOL. It’s also notable to see this kind of sale price discussed after the kinds of comments Armstrong and Verizon’s Marni Walden (now a board member for DraftKings and other companies) made around the AOL purchase in 2015, especially on how that purchase would put Verizon at the top of the media technology pile:

“We did start out with a number of discussions around a joint venture, but we quickly saw there was a vision that we both believed in where we could be the No. 1 global media technology company, and if we put our assets together, we thought we could make something very, very big out of this,” Marni Walden, Verizon’s president of product innovation and new businesses, told CNBC’s “Squawk on the Street” Tuesday.

Armstrong explained that being the No. 1 global media technology company would require the companies to leverage Verizon’s network and AOL’s strength in advertising and its position in the growing areas of video and mobile.

“Nobody owns the future of mobile right now and this is the most powerful combination of those two areas, of the Internet and mobile together,” Armstrong told “Squawk on the Street.”

This valuation suggests that that combination turned out to be not quite as powerful as Armstrong thought. And it definitely will be interesting to see if there winds up being a sale of Verizon Media. On one hand, it doesn’t seem like a great time for Verizon to sell, especially at these proposed valuations. And the division’s recent year-over-year revenue growth does speak well for it having at least some potential. (That’s tempered by the lack of bottom-line numbers, though.)

But on the other hand, there isn’t a clear picture for what these assets will be worth in a few years. And if they winds up being substantially less, this may be a good time to get out. It’s also worth contemplating if anyone else can do better with Yahoo/AOL/the rest of Verizon Media. If they can, this may be a bargain, but if they can’t, it may be another failed media outlet purchase.