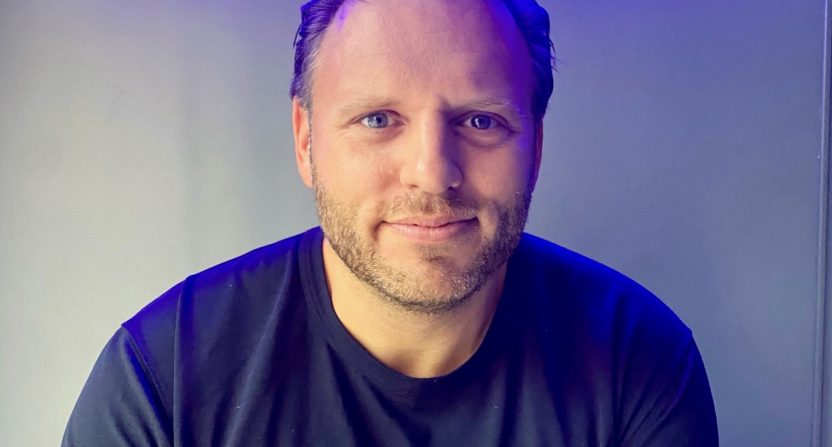 It looks like some dramatic changes may be ahead for Yahoo Sports, and for the rest of that company. Parent company Verizon sold their Verizon Media division (Yahoo and AOL) to private equity firm Apollo Global in May, and that deal is expected to close September 1; Verizon will retain a 10 percent stake in the company, but Apollo will have majority ownership and control. And as per Alex Sherman of CNBC, Apollo is anticipated to make big changes quickly, with many Verizon execs unaware if they’ll be kept on at all and with conversations already in place with outsiders, including ex-Bleacher Report CEO Howard Mittman (seen above). Here’s more from Sherman’s piece:

Apollo Global Management is preparing to close its $5 billion acquisition of Verizon Media on Sept. 1, and the private equity firm is already causing consternation among existing executives at the company soon to be known as Yahoo.

Apollo hasn’t informed Verizon Media leadership, including Chief Executive Guru Gowrappan, of their new roles at the company once the private equity firm takes over, according to people familiar with the matter. The lack of information has irritated current Verizon employees, who don’t know if they have a long-term future with the company, said the people, who asked not to be named because the discussions are private.

Private-equity takeovers frequently lead to significant leadership changes. Strategic shifts are often the core rationale for transactions, and Verizon Media, which will be formally renamed Yahoo upon closing, likely won’t be an exception. Apollo has been working with Egon Zehnder, an executive search firm, to seek out new leaders. That search includes former Bleacher Report CEO Howard Mittman for a “head of sports” role, two of the people said. Mittman, who left Bleacher Report last year amid concerns over a lack of diversity at the company, declined to comment.

Bringing in Mittman would certainly be a dramatic move. For one thing, while there’s been plenty of change at Yahoo over the last few years, the leadership of the sports division has been consistent, with general manager Geoff Reiss holding that role since 2017. Beyond that, it’s interesting that the rumored head of sports candidate’s most notable background is with Bleacher Report; Bleacher Report and Yahoo Sports are certainly both prominent digital outlets, but their focuses in the last few years have been very different, with Bleacher Report emphasizing social platforms and video shows (both standalone projects and ones paired with TNT and TBS) and reducing some of their written content, and Yahoo emphasizing fantasy football (and other sports, to a lesser degree), various options for streaming NFL games, and, most recently, betting.

Yahoo also still has a significant written content side (albeit with many of their prominent writers laid off or leaving in the past few years), and that’s still boosted by the Yahoo.com homepage, by Yahoo Search, by Yahoo Mail and more. And that’s before you get into the pros, cons, and complications of Yahoo’s divisions in different countries and their interplay with the main Yahoo offices. Bleacher Report has had some of that international approach on a smaller scale, particularly with their London office, but they mostly shut that down last year.

While Bleacher Report and Yahoo are both prominent digital sports media outlets, their underlying businesses are significantly different. So that makes it interesting to read that Apollo has been specifically targeting Mittman (they may be looking at others as well, but he’s the only one named in Sherman’s report). It also makes it interesting to read that “Apollo’s plan is to maximize Yahoo’s value by preparing different units of the business for eventual sales or mergers, such as Sports, Finance and advertising technology, two of the people said.” A spun-off Yahoo Sports might have to operate very differently indeed without the rest of the Yahoo ecosystem.

Beyond that, there’s the discussion around Mittman’s June 2020 departure from Bleacher Report. The piece AA’s Ben Koo wrote then is worth reading in its entirety for the full context, but here’s one particular relevant section.

Multiple AA sources were in agreement that Mittman’s departure, regardless of how it was explained or spun, was the end result of losing the confidence of his employees. “He lost the room” was one explanation, while another source quipped “he never really had it!” Current and former employees communicated that they didn’t think Mittman was purposely trying to inflame distrust between employees of color and leadership, but that “he just didn’t get it, and he was insulated with people who didn’t get it.” Over the course of a year, that sentiment took root across a much larger swath of the company and finally boiled over in last week’s town hall.

Less than a week later, hours after [long-time executive Bryan] Graham’s resignation (which further galvanized frustrated Bleacher Report employees), Mittman was parted with/exited/dismissed with very little of an explanation as to why and how. Employees indicated some relief, although multiple employees raised concerns that those close to Mittman, who he brought over from Conde Nast, were still in many of the company’s senior leadership positions. An internal memo Turner sent out announcing Mittman’s departure touted a series of initiatives aimed at further addressing concerns which included extending of Turner’s People Advisory Committee to Bleacher Report. Per the memo the committee is “a resource aimed at ensuring diversity in all forms is being incorporated into hiring and people management decisions.”

It’s never become completely clear exactly what happened with Mittman and Bleacher Report. But if he gets a job as prominent as “head of sports” at Yahoo, there’s likely to be a lot of further discussion about his B/R exit. Yes, Mittman has a long work history beyond that, including five years at Time Inc. (most notably as advertising director for Popular Science), 12 years at Conde Nast (most notably as chief business officer), and time as Bleacher Report’s chief marketing officer, but it’s his time as B/R’s CEO that’s most recent and most likely to be talked about.

That isn’t necessarily going to warn Apollo off here; Sherman notes that “Troy Young, the former president of Hearst’s magazine division, who resigned last year after The New York Times reported on his history of sexist remarks in the workplace, has been a lead consultant for Apollo on the deal and Yahoo’s future prospects” and “executives assume he’s in line for a major strategic role at the new company,” and the reporting on Young’s past behavior appears much more damaging than anything that’s been reported about Mittman.

And if Apollo concludes that Mittman’s the right person to lead Yahoo Sports and to help implement the strategy of “preparing different units of the business for eventual sales or mergers,” that’s their right. They’ll soon have majority control of the company, and can do what they want with it. But appointing Mittman to lead their sports side would certainly lead to a lot of outside scrutiny. We’ll see if that happens or not.