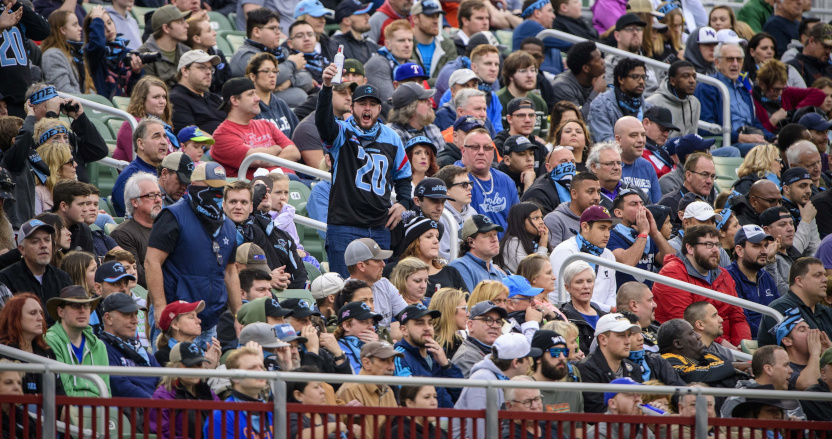 With the new XFL’s first weekend in the books, it’s worth breaking down not just the broadcasts and the ratings, but also how much attention the league is getting. One interesting area to look at that is with Twitter activity from some of the biggest sports accounts. We went through the tweets for each of the four broadcast networks’ main sports accounts, @FoxSports, @CBSSports, @NBCSports, and @espn (ABC doesn’t have its own sports department following the 2006 integration of ABC Sports into ESPN) for Saturday and Sunday. We also added Bleacher Report, Sports Illustrated, Yahoo Sports, and for fun, our own @awfulannouncing account (where colleague Sean Keeley was regularly tweeting about the weekend’s XFL games).

Here’s how that list looks. (This counts original tweets and retweets; anything that’s referencing the XFL.)

There are a few notable takeaways from that. First, this of course isn’t a comprehensive picture of how these organizations each covered the XFL; they each have multiple social accounts (including XFL-specific ones at ESPN and Fox), and we’re only looking at the main accounts here. But it does illustrate how much attention they paid to it on their main account. And not all tweets are equal; even though ESPN only tweeted about the XFL eight times, those tweets may have been seen by a lot more people than any other organization listed here given their follower count. (Of course, not everyone who follows an account sees every tweet from that account, but the follower counts are useful context for just how big each of these accounts are.)

This also doesn’t mean that ESPN was paying less attention to the XFL than Fox was; the @FoxSports account tweets a lot more than @ESPN, and they tweet a lot about what’s currently on their networks (for comparison, they sent 23 tweets Sunday about the Westminster Kennel Club Dog Show Masters Agility Championship events they aired on FS1 Sunday night). Also, it should be noted that ESPN has an even-more-followed account, @SportsCenter (36.2 million followers), and that account tweeted about the XFL six times this weekend as well, so there’s some further social push there.

Overall, this illustrates how much each of these organizations tweeted about the XFL, and what kind of potential impact that had. And it’s interesting to see the differences; XFL broadcasters ESPN and Fox were all over this, but the main sports social accounts of fellow networks CBS and NBC didn’t pay it any attention.  Of course, the XFL did receive coverage on both CBS’ and NBC’s websites, and NBC-affiliated site Pro Football Talk, which has even more followers than NBC Sports (1.59 million) did tweet about the XFL 25 times this weekend. All that matters too. But it’s interesting that the main Twitter accounts for CBS Sports and NBC Sports didn’t find the XFL worth talking about. However, other sports outlets like Bleacher Report (which is partly broadcaster-affiliated thanks to their ownership by Turner/Warner Media/AT&T), SI, and Yahoo all found the XFL worth tweeting about, as did we.

Obviously, all of this should be considered in context. This is one weekend of tweets around the league’s much-hyped debut, and it’s far from clear how much impact any of those particular tweets had. But it’s interesting to see how the broadcast partners handled XFL coverage on their main Twitter accounts, and how the networks not broadcasting it didn’t cover it, and how various digital outlets did cover it. And this may be worth going back to in a week or two to see how the data changes once we’re away from the XFL debut.