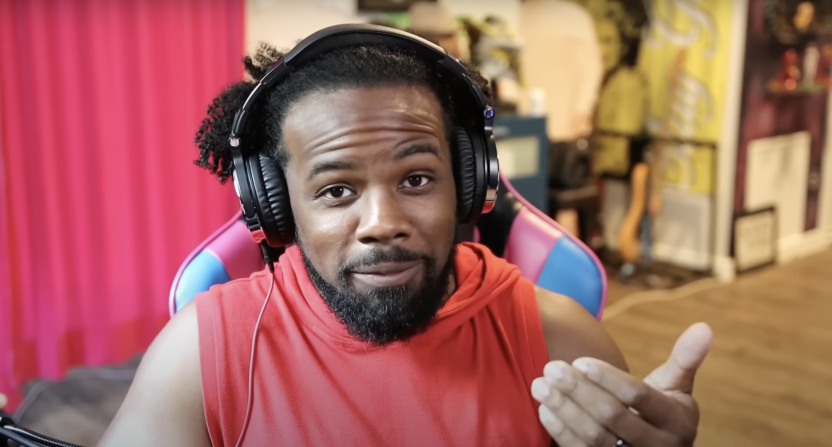 WWE Superstar Xavier Woods might be best known for being in The New Day but he has been branching out doing other things that he likes to do. Woods is a gamer and along with his YouTube and Twitch channel, he has been a host on G4 for the past couple years. On Thursday, G4 and WWE are announcing a new show called Arena that will be hosted by Woods and fellow G4 host Gina Darling.

Arena is “a monthly show where the world of streamers, celebrities, pro-athletes and WWE Superstars will collide and enter the G4 Arena to hash out their personal/professional issues with a gauntlet of chaotic, and hilarious, challenges.”

The series will stream monthly, starting Wednesday June 29 at 7 PM ET on G4’s Twitch Channel and WWE’s UpUpDownDown YouTube Channel. Becky Lynch and Seth Rollins are named as future guests but it’s not known if they will be participants.