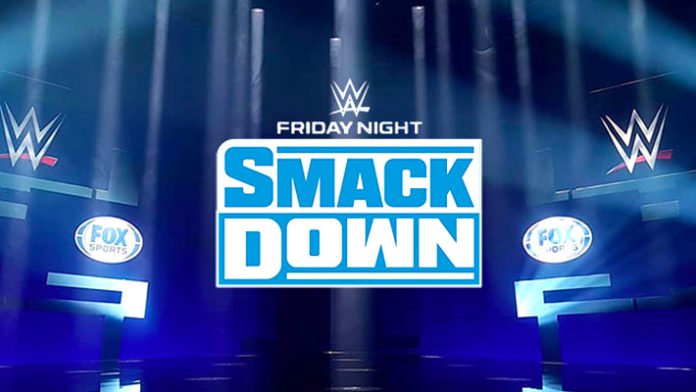 The numbers are in for the first WWE Smackdown show of the Fox era, and they’re quite impressive on several levels. The Nielsen numbers (as per  ShowBuzz Daily’s Mitch Metcalf) have Smackdown‘s first hour (8 to 9 p.m.) averaging 3,920,000 live+same day viewers with a 1.4 in the key adults 18-49 demo, and its second hour (9 to 10 p.m.) averaging 3,818,000 with a 1.3 in that demo. Both are big boosts from the last Smackdown on USA, which took place last Tuesday:

It’s of course not surprising to see growth from a cable show to a broadcast one, as there are around 30 more million potential viewers for Fox than USA. (Nielsen estimates the U.S. TV universe as 120.6 million homes this season; the last carriage estimates we saw for USA had them at 90,376,000 homes last September.) And beyond that, this debut was heavily promoted by Fox, including with a Wieden+Kennedy ad campaign and with mentions and interviews (sometimes awkward ones!) on their other sports programming. Having big names like Dwayne “The Rock” Johnson show up (that was his first appearance on Smackdown in six years) for the debut certainly didn’t hurt either. So there are some questions about if the ratings will continue to be just as good going forward, or if a good portion of this audience was just tuning in for the novelty factor.

With that said, though, the ratings for this debut are quite solid. It’s particularly impressive how many younger viewers Smackdown was able to pull in, as Friday night has often been a challenging spot there; the overall 1.4 18-49 rating for Smackdown doubled its closest competitor, CBS’ Hawaii Five-O, which recorded a 0.7. (Five-O handily won in total viewers, bringing in 6,393,000 viewers, and CBS’ later Blue Bloods won the night in total viewership with 7,387,000 viewers, but the key demo numbers are more important for most advertisers.) And Smackdown also did very well in two slightly-different demographic slices, adults 18-34 (a 1.0 for the first hour and a 0.9 for the second hour) and adults 25-54 (a 1.6 for both hours).

Smackdown‘s numbers here are also well ahead of those recorded by competitor All Elite Wrestling, which pulled in 1.4 million viewers for their debut AEW Dynamite show Wednesday on TNT. But that carries the disclaimer of cable versus broadcast, and Dynamite handily beat its WWE NXT competitor that night, so AEW is doing just fine on the ratings front too.

All in all, this was an impressive debut for Smackdown on Fox, and one that helps justify Fox’s decision to spend big ($1 billion over five years) on it. And this also was a rise from where a lot of the UFC on Fox Friday events were ending up, especially near the end of Fox’s deal there last summer; UFC on Fox 30 last August set a series low with 1.68 million viewers and handily lost to reruns on the other major networks. Granted, that’s not an apples-to-apples comparison; Fox wasn’t really promoting the UFC much at that point (as it was set to leave for ESPN), all viewership tends to be lower in August, and some earlier UFC events drew much better for Fox, but it is notable that Smackdown‘s debut worked out significantly better for Fox than a lot of the UFC content they were airing towards the end of that deal. We’ll see how the ratings go for next week’s Smackdown, but this one certainly turned out well for Fox and WWE.