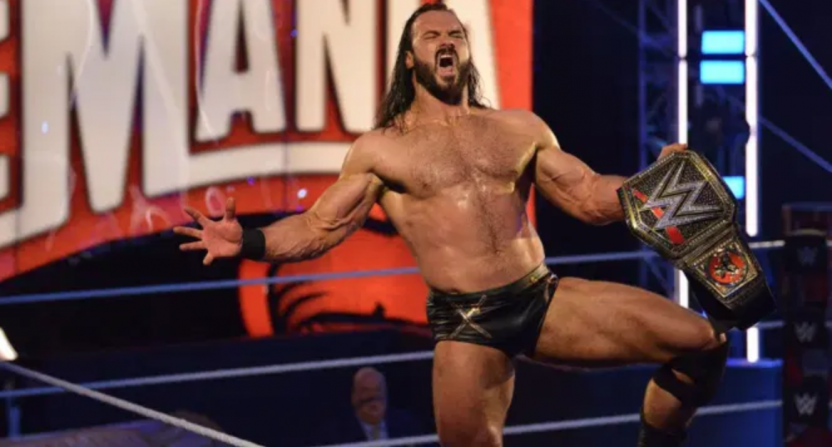 WWE will soon move its streaming operation to NBC’s Peacock. The WWE Network name will live on at its new home, with wrestling content branded on Peacock under its own category.

As reported by The Wall Street Journal‘s Joe Flint, WWE will shut down its streaming service on March 18 and license all programming to Peacock. That would take place before the next WrestleMania, scheduled for April 10 and 11, which will presumably compel wrestling fans and new customers to sign up for NBC’s streaming outlet to get their WWE fix.

For Peacock, adding WWE content arguably helps the service stand out from a growing crowd of streaming competitors such as Netflix, Hulu, and Disney+.

“We are thrilled to be the exclusive home for WWE Network and its millions of fans across the country,” said Peacock executive Rick Cordella in NBCUniversal’s official announcement. “WWE Network is a transformative addition to the platform and complements Peacock’s massive catalog of iconic movies and shows, as well as the best live news and sports, from NBCUniversal and beyond.”

According to the official release, WWE programming on Peacock will include all live pay-per-view events beginning with Fastlane on Sunday, March 21. Replays of Raw, Smackdown, and NXT will also be available on the service, along with shows like WWE 205 Live and NXT UK.

Additionally, original series will be produced for the platform, such as Steve Austin Broken Skull Sessions, WWE Icons, and Undertaker: The Last Ride. WWE will also produce annual original documentaries for Peacock beginning in 2022, accompanying its other documentary series like WWE 24 and WWE Untold.

Related: NBC reportedly shutting NBCSN down by the end of the year

Wrestling fans could save some money with the move. While WWE Network charged $9.99 a month, Peacock’s monthly rate is $4.99 with a $9.99 option — Peacock Premium Plus — for no commercials. The free version of Peacock will also offer some WWE programming, though how much will be available isn’t certain.

Peacock is currently available for Comcast and Cox cable subscribers, which opens up WWE content to that audience of 24 million viewers. However, the streaming platform is still not available on Amazon Fire devices, which many WWE Network subscribers used. That carriage dispute will almost certainly have to be resolved before March 18. Cordella told TheWrap that negotiations with Amazon are ongoing.

“Peacock is an innovative platform that will enable us to showcase our most significant events, including WrestleMania, and provide the extraordinary entertainment our fans have come to expect with the combination of premium WWE content, live sports, news, films, and television programs,” said WWE president and chief revenue officer Nick Khan.

As the WSJ points out, this is the first major move Khan has made for WWE since taking over the company’s top spot last August following his stint at Creative Artists Agency.

Related: NBC deserves criticism for moving live matches to Peacock, but so does the Premier League