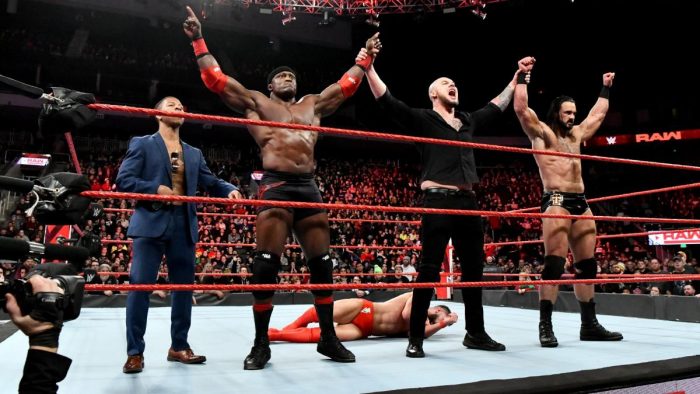 WWE is in a fascinating place at the moment. As a global brand, business seems to be booming like never before, although that has led to some controversy with their events in Saudi Arabia. The company also signed a lucrative new television rights deal with Fox for Smackdown, which will give WWE the exposure of a weekly spot on primetime network television.

On the other hand, WWE also faces challenges in some pretty important areas. Television ratings have been reaching alarming new lows and criticisms of WWE creative have reached a fever pitch. WWE champion Seth Rollins has even taken to personally combating WWE critics on social media. And all of this is happening with new rival promotion AEW set to launch a new weekly show on TNT in the fall, promising to be the biggest competitor WWE has had since Vince McMahon bought WCW, effectively ending the famed Monday Night Wars.

With all this happening, WWE has made a very unique change to the television presentation of Raw and Smackdown. Specifically, Vince McMahon has reportedly given an edict that no wrestling is to take place during commercial breaks. In theory, for a scripted sports-entertainment show, that may seem like it’s not a huge deal. In practice, it’s resulted in a pretty bizarre week of television.

Here’s more context from PostWrestling.com on the change:

On Sunday’s edition of Wrestling Observer Radio, Bryan Alvarez reported a recent WWE production meeting where Vince McMahon has instituted a change where there will no more wrestling during the commercial breaks on television. In checking up on this, I confirmed this is true with the edict announced this past Monday during the production meeting. The idea is that legitimate sports don’t play during the break, so they are adjusting their match presentation.

This resulted in several 2-of-3 falls matches and other ideas to pause the match and resume after the commercial. It will be a challenge to come up with organic ideas to break the matchup, especially on Raw where you have many multiple segment matches for the three-hour format. It does hurt the flow of the match when you have a commercial break in the middle and from a match presentation, it hurts on television.

On SmackDown, they still have two matches per show that run during the commercial breaks with the picture-in-picture on the USA Network. To clarify, it is unknown if this will continue on SmackDown or not.

There’s a lot to unpack here.

First, there are actually plenty of legitimate sports that do happen regardless of commercials like auto racing or golf. Second, a rule that wrestling can’t extend past its television time greatly limits what’s possible and puts matches into 8-10 minute blocks of time. (For instance, you’ll never see any new match added to the lists of the greatest in Raw history unless it was broken up in some convoluted ways.) Third, having no action take place during the commercial breaks must impact the live experience in the arena while wrestlers are… not wrestling.

If anything, the most entertaining element of this change has been seeing all of the ways in which WWE has avoided wrestling happening during commercials between multiple fall matches, elimination matches, and singles matches turning into tag matches. Specifically, the proliferation of 2-out-of-3 falls matches has risen to a level that literally hasn’t been seen in thirty years.

Tonight's #SDLive was the first time since the 1988 Royal Rumble that two separate #2OutOf3Falls Matches occurred at the same @WWE event. Both shows aired live on @USA_Network.

Proponents could make the argument that at least this ensures viewers at home won’t miss out on any action and theoretically, in a world where attention spans are decreasing, perhaps it’s a positive. But it remains to be seen whether or not fans will really jump on board with all of the stops and starts, and if WWE can actually keep it up creatively.

Who knows if this is something that will actually stick around, or if it’s an arbitrary Vince McMahon decision that will be forgotten about by July 4th. Regardless, it’s worth watching if we’ll see more big changes from WWE programming as AEW approaches its launch date, and in WWE’s search to turn their own ratings around.