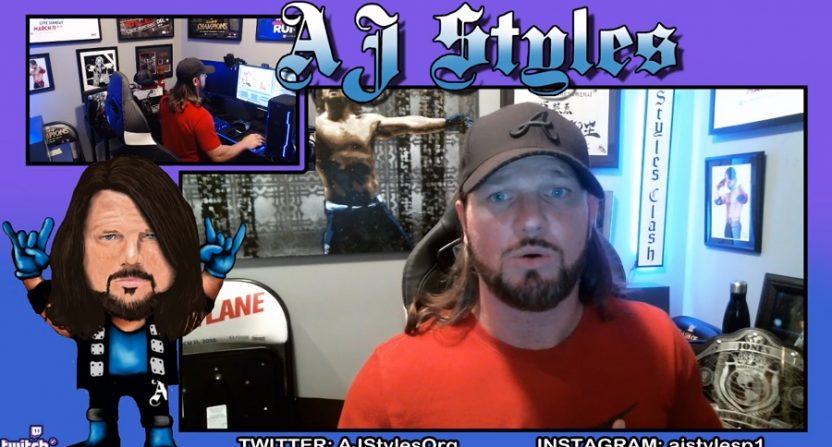 Last week, WWE made waves by demanding that all WWE talent end any relationships with third party apps (YouTube, Cameo, Twitch, etc) in 30 days. Backstage at Raw on Monday, WWE backpedaled from its original delcaration.

According to the Wrestling Observer, WWE will now let talent use YouTube and Twitch as long as they use their real names, instead of their in-ring names (Allen Jones instead of AJ Styles, etc). Talent also needs to inform WWE of their channels on those streaming platforms. Initially, even using their real names on these platforms was banned, which sounds pretty stupid.

Over the weekend, WWE also issued a statement defending their decision by comparing themselves to Disney and Warner Bros.

“Much like Disney and Warner Bros., WWE creates, promotes and invests in its intellectual property, i.e. the stage names of performers like The Fiend Bray Wyatt, Roman Reigns, Big E and Braun Strowman. It is the control and exploitation of these characters that allows WWE to drive revenue, which in turn enables the company to compensate performers at the highest levels in the sports entertainment industry. Notwithstanding the contractual language, it is imperative for the success of our company to protect our greatest assets and establish partnerships with third parties on a companywide basis, rather than at the individual level, which as a result will provide more value for all involved.”

The relationship between WWE and its talent has always been a strange one, because WWE has made clear time and time again that they don’t consider their talent employees – they consider them independent contractors (even though they’re essentially locked in to working for WWE). The idea that WWE would control how the members of their roster used their real names was one that received plenty of scorn and criticism online, from both non-wrestlers and wrestlers alike. Allowing talent to use their real names on Twitch and YouTube is a step in the right direction for WWE, but it’s still an attempt by the company to control how their emplo…er, independent contractors are earning extra money outside the ring.

And while I don’t agree (at all) with WWE’s decision to clamp down on talent using in-ring names on non-WWE platforms (though social media is apparently fine), I do sort of understand it. I don’t think it’s that nutty for WWE to want to distance themselves for their talent’s third party channels in the event something controversial happens. If Styles (just as an example) says something unsavory or controversial on his Twitch feed, it’s far easier for WWE to distance themselves from him and the channel if he’s using his real name, as opposed to his in-ring name.