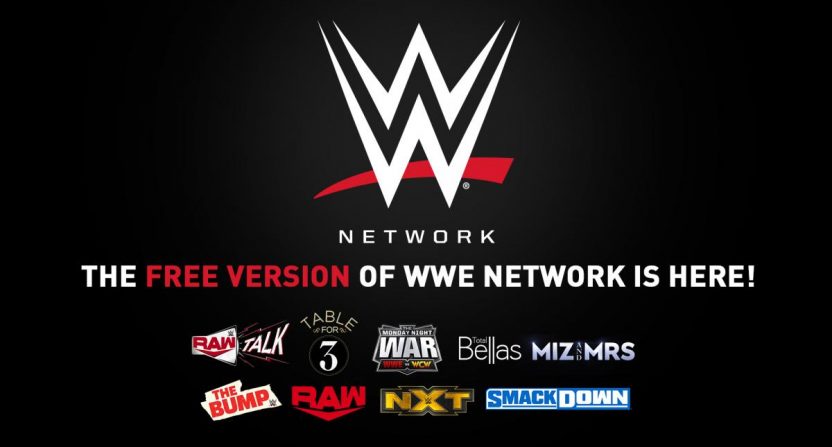 Last year, rumors started swirling that WWE Network would move to a tiered subscription strategy, which would include a free plan consisting of “the same free-to-watch videos you’d normally find on WWE.com”. Today, WWE announced the launch of the free tier of WWE Network, and while it does contain some historical events, most of the tier’s content consists of highlight shows, a variety of original series, and recent episodes of WWE’s TV live events.

Here’s the full breakdown, via WWE.com.

Alright, so that’s an original post-show program, a variety of original series, live events for cord cutters or those without a DVR, some of the sweet, sweet archived content that made WWE Network worthwhile, and clip shows.

To me, this tier doesn’t seem like it’s supposed to appeal to current WWE Network subscribers. It seems like it’s supposed to appeal to those who might have an account on WWE.com, but don’t pay for the network, watch clips on YouTube, and don’t really care about older events. While there’s clearly some value in turning those people into nominal “WWE Network subscribers,” especially when it comes to satisfying shareholders’ concerns, the cynic in me wonders if that’s all this is: a ploy to drive up subscribers without actually collecting any new revenue from them.

With the content available on the network, they’re clearly targeting a different consumer than the one that would watch archived WWE Network programming every night. As I said, there’s some value in attracting those type of consumers, but unless they’re being converted into paying subscribers or spending money in other ways (merch, etc), how much of their value is just by virtue of being another notch in the “WWE Network subscribers” column?