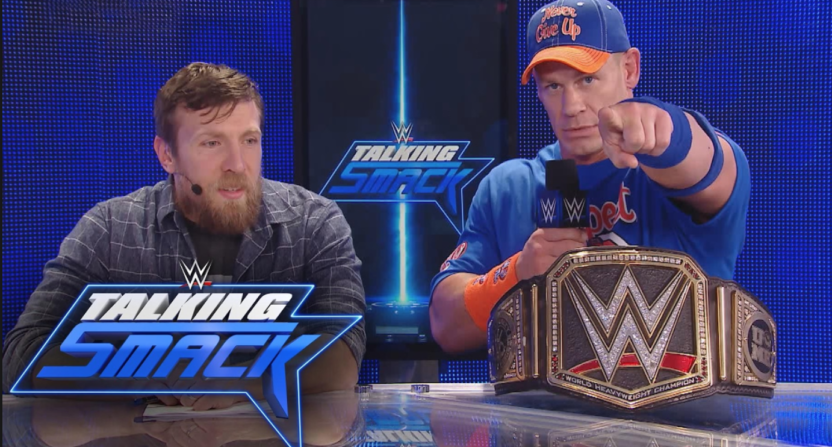 Pro Wrestling Sheet’s Ryan Satin reports that WWE is currently in talks with Facebook to produce a weekly show. The program would have a test run on Facebook Live, premiering in January and streaming after Smackdown Live on Tuesday nights.

With a new show broadcasting after Smackdown Live, it’s most likely that 205 Live, WWE’s weekly showcase of its cruiserweight performers, would no longer stream live on WWE Network. The show could possibly be taped before Smackdown Live and then run later, which is currently under discussion.

What exactly the show would be isn’t yet clear, but it apparently won’t be a talk show. According to Satin, the program would include performers from both Raw and Smackdown Live with both brands competing for bragging rights. One concept that’s been pitched would be a mixed tag team concept featuring male and female wrestlers teaming up. WWE recently filing a trademark for “Mixed Match Challenge” lends to that speculation.

Regardless of what this new Facebook Live venture turns out to be, the question is how much programming will WWE fans consume on a weekly basis. Raw and Smackdown Live already account for five hours each week on TV. An additional three hours of content are offered online with 205 Live and WWE NXT on WWE Network, WWE Main Event on Hulu and the Facebook Live program will make it four. And on weeks with pay-per-view events, that’s another three to four hours (or more) for WWE fans.

That’s a whole lot of content for WWE to produce. Depending on the fans you talk to, the company’s creative team is already spread thin between Raw and Smackdown Live. Will adding another one hour of programming only make writing storylines and compelling rivalries even more difficult?