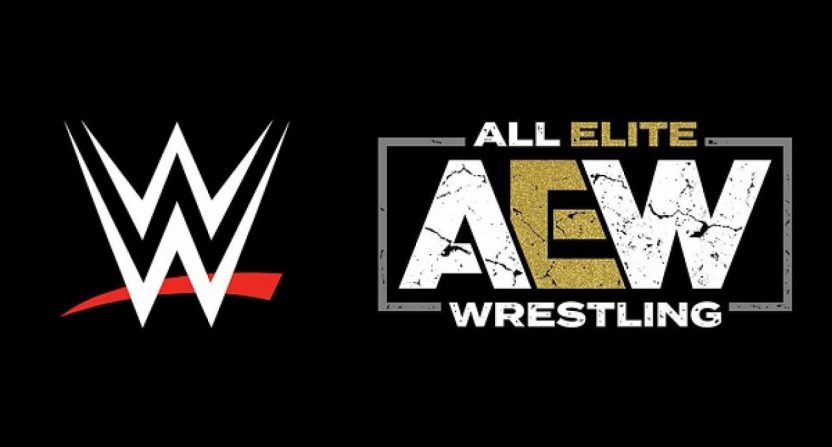 Longtime pro wrestling fans look back on the Monday Night Wars of the late 90s with such fondness because of how real it actually was. WWE and WCW were hellbent on putting the other company out of business and that resonated with fans who watched a scripted sport each week.

WWE and AEW aren’t engaged in a “Friday Night War” but tonight seems like a battle of something. With Fox airing Game 1 of the ALCS, Friday Night SmackDown moves from Fox to FS1. Last October, that pivot from broadcast TV to cable dropped SmackDown from 2.124 million and a 0.6 rating in the 18-49 demo to 881,000 and a 0.25. That is a 59% drop in viewership and given ratings have stayed the same compared to last year (10/8 episode got 2.147 million/.52 18-49), tonight’s FS1 SmackDown should do similar numbers compared to last year.

The new variable, though: AEW now has a Friday show. Granted, Rampage starts at 10 ET and doesn’t usually directly compete with SmackDown, but it’s on the same night and it’s the closest thing fans and the dirtsheets have when it comes to head-to-head competition between AEW and a flagship WWE show.

To summarize this timeline of events over the past week, AEW has a live Rampage and they loaded the one-hour show with matches featuring CM Punk, Ruby Soho (fka Ruby Riott), and a six-man tag match featuring Chris Jericho and former UFC Heavyweight Champion Junior dos Santos in his pro wrestling debut. It’s an opportunity for AEW to take advantage of SmackDown being on FS1 and they’re going for it.

WWE then announced that the FS1 SmackDown will be extended to 10:30, so the final half hour will directly compete with the first half hour of Rampage in the hopes fans of both companies will stay with SmackDown. In addition, the final half hour of SmackDown will be commercial-free and have Becky Lynch vs. Sasha Banks in the main event. That plus Brock Lesnar confronting Roman Reigns, Sonya DeVille’s comeback match, and the semifinals of the King of the Ring and Queen’s Crown tournaments, meaning WWE also has a stacked program.

AEW then announced that they will be going on their YouTube channel starting at 9 ET with a preshow that features Bryan Danielson vs. Minoru Suzuki before the start of Rampage in the hopes that people come to YouTube and go to TNT after. AEW CEO Tony Khan did a lot of media this week selling the Rampage show and taking some shots across the bow at WWE in the process.

WWE, in turn, announced that they will air a repeat of SmackDown right after the end of the live show to try and retain as much of the audience as possible and keep them from going to AEW. And then just hours before the shows, Khan revealed on Twitter that the opening match of Rampage, CM Punk vs. Matt Sydal, will also be commercial free.

Got all that? Good.

Many fans are going to side with one company and possibly bash the other in reality, both are doing what they should in order to try and gain an advantage. And if you’re someone who isn’t taking sides and watches both, then you should be in for a treat.

As far as viewership is concerned, WWE has the advantage over AEW. While TNT is in more homes (89.5 million) than FS1 (83.3 million), it’s not enough to make a sizable difference in viewership among the two shows. WWE is also starting at 8 ET and even though AEW has their preshow, WWE still has a one hour head start to get viewers. Not to mention, AEW has their YouTube channel while WWE has FS1. Nothing against AEW as they’re working with what they have, but that’s like taking a knife to a gun fight.

It should also be noted that baseball and college football decimated Rampage ratings last week and it was probably going to happen this week even without SmackDown’s commercial free overrun. The 10/1 episode of Rampage had 622,000 viewers and a 0.25 rating in the 18-49 demo and went down to 502,000 and 0.17 in 18-49 on 10/8 when baseball was on. FS1’s SmackDown show last year was able to reach a 0.25 in 18-49 and that was what Rampage got without baseball. Given all that, maybe AEW can take a moral victory if they somehow maintain last week’s rating, but I can’t see them beating SmackDown.

When AEW and NXT had their “Wednesday Night War,” it wasn’t really a war because neither side really hated each other and didn’t want to put the other out of business. During the pandemic with both shows based in Florida, they all hung out and there were even multiple couples where one was in NXT/WWE and the other in AEW. It was more a “war” in the minds of fans on social media and the dirtsheets who wanted to go back to a time that isn’t coming back. Friday night isn’t the start of another “war” but the competition between the two is going to make both shows better and it’s sure going to be a fun night of wrestling.