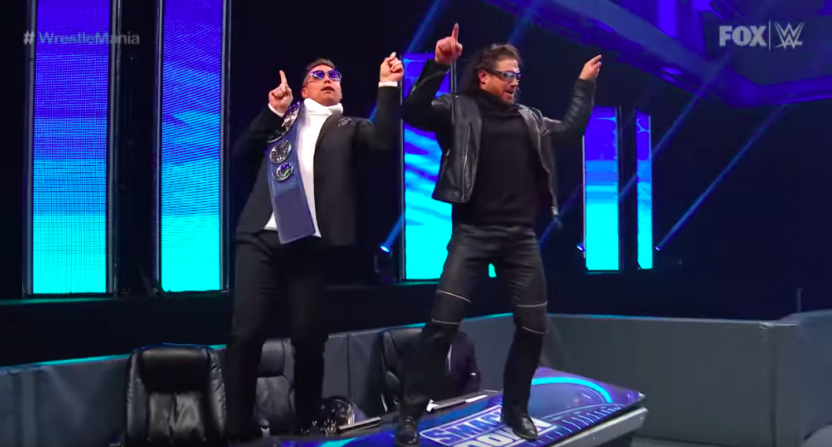 The road to WrestleMania is supposed to be the backbone of WWE’s year, where pro wrestling fans consume everything and anything leading up to the biggest event on their calendar. This year, things are just a little bit different. The COVID-19 pandemic forced WWE and its pro wrestling rivals to start broadcasting from closed sets, and while there were some initial interest and curiosity, WWE’s flagship shows are starting to see their audiences dwindle right at the time when they’re supposed to be peaking.

Monday’s RAW broadcast on the USA Network drew an average of 2.06 million viewers. That’s a decent drop from the previous week’s 2.33 million viewer mark. The show’s ratings have pretty much stayed entirely within the 2.0-2.4 million viewership range for all of 2020, though a drop below two million viewers would be a serious cause for concern as that’s something that usually only happens during the December holiday season, not right before WrestleMania.

The news was even more troubling on Friday as the Fox’s Smackdown averaged around 2.37 million viewers, their lowest average viewership since November. For perspective, WWE’s first closed-set Smackdown two weeks ago averaged 2.588 million viewers. However, it appears audiences aren’t excited by the product in the weeks since. In fact, this week’s show didn’t even win the coveted 18-34 demo, falling behind CBS’s Hawaii 5-o and ABC’s Shark Tank in that regard. The first-hour rating of 2.393 was also the lowest first-hour number for the program since November.

There are certainly a lot of factors at play that played a role in ratings. Whereas John Cena and Goldberg showed up a few weeks ago on Smackdown to boost interest, neither were present this week. Plus, the news that Roman Reigns will not be participating in his WrestleMania match against Goldberg may have dampened interest in the product. Both Cena and Goldberg will return next week for the “go-home” Smackdown right before WrestleMania (which is being pre-taped), so in theory that will help stem the tide.

Still, there is perhaps something to be said for the way AEW has adjusted their style to the closed-set experience juxtaposed with the way WWE has. Whereas AEW was quick to make their Dynamite show a bit more theatrical and storyline-driven, WWE seemed to try to brute force their way into showcasing business as usual. It makes sense that the more established, set-in-its-ways entity would be a bit more sluggish to adjust, but it also remains to be seen just how much WWE is willing to let go of it’s generally accepted idea of what a pro wrestling show is supposed to look like. It appears that audiences seem more willing to walk away until things return to normal unless WWE can continue to tweak its formula in this strange new world.