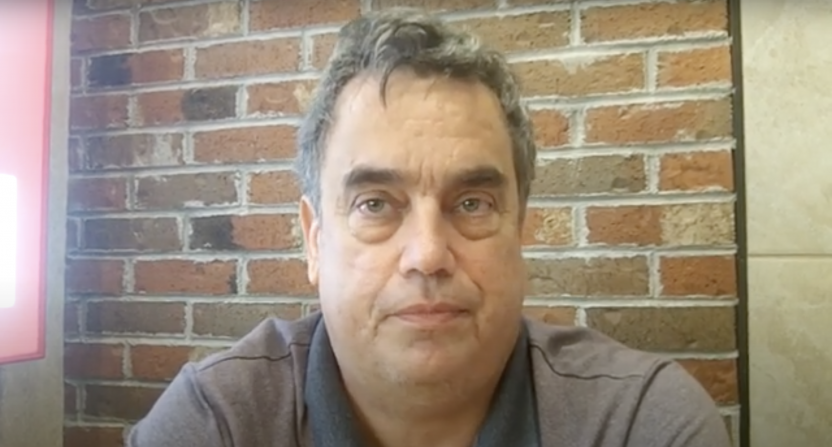 After posting a column trying to connect COVID-19 to the death of Jon “Brodie Lee” Huber when it was revealed COVID was not the cause of his death, the Pro Wrestling Torch revealed they have released longtime pro wrestling writer Bruce Mitchell after 30 years with the company.

In a statement, Torch founder Wade Keller revealed that Mitchell’s column “did not go through the normal vetting and editing process” and after discussing the matter, the column was deleted and then Keller later announced that Mitchell was fired and apologized to Huber’s family.

Huber died on Saturday at the age of 41. The AEW wrestler known as Brodie Lee and the former Luke Harper from WWE, Huber’s hospitalization had been kept a secret from the public until his death where his wife Amanda revealed on Instagram that Jon had a “hard fought battle with a non-COVID related lung issue.”

Mitchell’s column tried to suggest a potential cover-up and insinuated COVID-19 had a role to play, citing AEW’s recent past of attempting to hide injuries. The biggest example was Matt Hardy falling from a scissor lift and mostly hitting concrete with his head and back and deciding to continue the match in a shortened form. Publicly, AEW and Hardy revealed that while he suffered injuries, Hardy did not have a concussion from the fall but many have doubted that for one reason or another. In addition, WWE has banned the words “coronavirus” and “COVID-19” on their shows and have frowned upon anyone in WWE publicly revealing if they tested positive, even though those are things that AEW hasn’t done throughout the pandemic.

Not to defend anything that Mitchell wrote, but given pro wrestling’s past, it’s not the worst idea in general to ask questions to get to the truth when something tragic happens within the industry. Whether it’s to keep storylines from being spoiled or because they simply can, the pro wrestling industry (mostly WWE) isn’t exactly honest to the general public so the trust in them to tell the truth when a tragedy happens is rather low. For example, when Owen Hart fell to his death at a WWE pay-per-view, WWE wasn’t going to offer the fact that the quick-release carabiner, which they deemed was necessary because of concerns it took too long for Owen to take off his harness before a match, wasn’t able to hold Hart’s weight and it broke while he was in the air and falling to his death in front of a full arena. There’s a good chance if not for Owen’s wife Martha investigating the tragedy and suing WWE, many would’ve assumed it was simply a tragic accident and not because WWE was negligent.

When a beloved public figure suddenly dies at such a young age in any industry, questions are going to be asked about what happened. The issue in this scenario is Mitchell seemed to take liberties with what he wrote and he got around the editorial process when he wasn’t supposed to for such a serious and controversial piece like this, and those are massive ethical violations.

Mitchell posted his piece less than 24 hours after Huber’s death when the only thing anyone publicly knew was that it was a “non-COVID related lung issue” like Amanda said. But that didn’t stop Mitchell to try and make the COVID connection when, not only was that specifically not revealed to be the case, there really wouldn’t be much of a reason for Amanda to lie about that. If it’s COVID, it’s COVID; if it’s not, it’s not. Maybe in some wild hypothetical scenario, AEW might have a motive to lie (not saying they did) if they feared an outbreak resulted in the death of one of their wrestlers but considering it’s now known that Huber got sick weeks after he was off TV for a planned storyline hiatus and he had been testing negative for COVID-19 before and throughout his hospitalization, that eliminates any motivation to lie about Huber’s condition other than to respect the wishes of the family.

It is possible for someone to develop a lung issue and it not have to do with COVID. And it’s also entirely possible that in order to maintain the wishes of the Huber family to keep things as private as possible, Jon’s condition was kept secret and it have nothing to do with a cover-up. While those in the pro wrestling media industry sometimes need to be asking the tough questions and be a kind of watchdog for the industry to make sure things are above board, Mitchell’s piece read more like a conspiracy theory that was making way too many assumptions in order to fit the point he wanted to make. It was posted too soon due to the lack of info at the time and Mitchell picked the wrong moment to try and make a connection to the COVID-19 pandemic. Because each step taken by AEW and Huber’s family, and the reasoning behind keeping things private for the past couple months is entirely realistic. Not to mention when it comes to COVID, AEW wrestlers may not have been perfect in avoiding big crowds and protecting themselves from potentially contracting COVID-19, but the company has taken precautions for some of the older members of the company and they seem to have been somewhat transparent when it comes to wrestlers who have tested positive or been exposed and making sure they quarantine for the appropriate period of time. Even if that means massive rewrites to their shows.

AEW will have a Jon Huber tribute show on Dynamite this Wednesday night on TNT. Each match will consist of a member of the Dark Order where Huber was “The Exalted One” while Huber’s eight-year old son Brodie Jr. will get to see his favorite wrestlers (Cody Rhodes, Orange Cassidy, and 10) take on Team Taz.