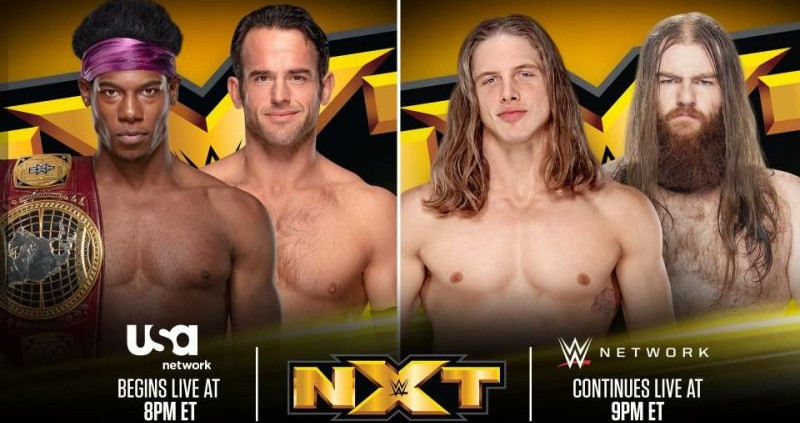 On Wednesday night, WWE NXT made its debut on cable television with an hour on USA Network. The popular developmental territory for WWE had gained much acclaim for its weekly Wednesday night shows, but it was unknown just how many people would tune in for a third consecutive night of WWE on USA with Raw on Monday nights and Smackdown (soon to be moving to Fridays on Fox) on Wednesdays.

The answer? Quite a lot of people, it turns out.

According to Showbuzz Daily, the NXT on USA drew 1.179 million viewers from 8-9 PM ET. It was the fourth highest rated program of the evening on cable television in the 18-49 demo, drawing a .43 rating.

For this week and next week, only the first hour of the two hour NXT show will be televised on USA with the second half on WWE Network. This is due to USA needing to finish up their original series Suits. In case you were wondering, NXT outdrew every episode of Suits so far this season, which has to please everyone involved on the decision to bring another night of WWE programming to cable.

The scheduling quirk is because NXT was hastily moved to USA from a taped one hour WWE Network show to a two-hour live USA show to go head-to-head with the new All Elite Wrestling show (which we now know will be named AEW Dynamite). AEW debuts on TNT with their first live show on October 2nd.

If nothing else, the debut ratings for NXT somewhat justify the quick move from WWE Network to cable and the decision to partner with USA instead of rumored home FS1. It’s hard to imagine WWE pulling that kind of number on an unfamiliar network like FS1, so it allows WWE to get that head start to mark Wednesday nights as their territory before AEW’s weekly show can grow an audience.

WWE’s goal was obviously to beat AEW to the Wednesday night marketplace, and it’s a strong start for NXT; anything over a million viewers was likely going to see the move deemed a success. The question, of course, will be whether or not NXT can keep that kind of viewership with the debut of AEW Dynamite right around the corner. Will there be more wrestling fans to go around on Wednesday nights, or will AEW eat into that NXT audience and dramatically reduce it, or even find a way to top WWE? We’ll find out in just a few short weeks.