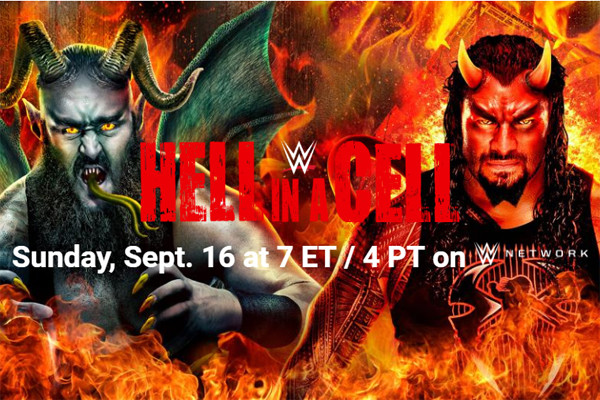 This Sunday night in San Antonio, Texas, World Wrestling Entertainment presents Hell in a Cell on WWE Network. It is the tenth year in a row that WWE has run a Hell in a Cell event featuring at least one Hell in a Cell match on the card each year. This year there are two of them, which has become the norm most years. The nine previous Hell in a Cell events were held in October, so WWE made the change to move it up one month this year since October has the Australian Super-Showdown event on October 6 and the women’s only Evolution event on October 28.There are only eight matches announced as of this writing. That seems low for a typical WWE pay-per-view, so I expect the company to announce two Kickoff Show matches at some point this weekend. The Kickoff show begins at 6 p.m. ET/5 p.m. CT and the main card starts at 7 p.m. ET/6 p.m. CT with a run time close to four hours. It’s scheduled for 3.5 hours on WWE Network’s schedule page, but it may go a bit longer than that. 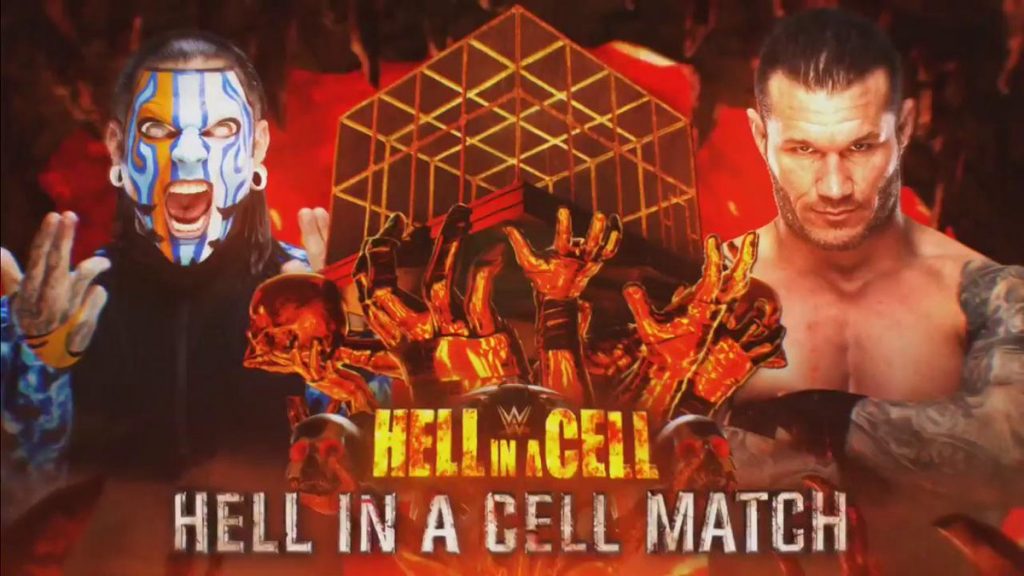 What stands out is of the six title matches announced, five of the champions won their titles within the last month. Only AJ Styles has had a long reign going into the show, with his reign lasting 312 days as of Sunday’s match. This card could be light in terms of title changes, but maybe WWE wants to give their champs short title reigns too. You never really know.It’s a shame that some big names are missing, especially from Raw, including Kevin Owens, Finn Balor, and Bobby Lashley. Raw is a frustrating product to watch right now. I think the Smackdown matches have been built up a lot better and I care about them more. Let’s get to some predictions.

10. Aiden English will accidentally cost “Rusev Day” the victory against The New Day

https://www.youtube.com/watch?v=22LDeWrMeAsI think this is a good choice for the main event and I don’t mind seeing Strowman as a heel again, even though fans were really getting behind him. If you watch a Strowman match, it’s tough to really feel sorry for a guy that’s 6’8” and 325 pounds. It would be tough to try to believe in him as a face that had to sell for a heel for the majority of the match. As a heel, it’s an easier story to tell where he’s on offense and in control.Reigns and Strowman have had several great matches together in the past. They have also had a lot of matches with stipulations attached, so I’m intrigued by the possibilities of this match. It won’t be a bloody HIAC match like we used to get, because WWE banned blood in matches (unless it’s “accidental) about a decade ago, but I am confident in these guys finding creative ways to have an entertaining match. That means the use of chairs, tables, and other weapons they can find under the ring.Mick Foley, a WWE Hall of Famer that helped make HIAC matches famous, was added as the special referee last week on Raw. I think it would have been better if they added him a few weeks ago and then did a promo segment with Foley trying to build up the match a bit more. Waiting until the last week felt like a little too late.If Strowman loses this match, then that means that the Money in the Bank winner will fail to cash in the briefcase in the same year where Royal Rumble winners Shinsuke Nakamura and Asuka failed to become champions at WrestleMania. What a terrible year for people that earned major title shots. At least Carmella won a title with her Money in the Bank cash in.https://www.youtube.com/watch?v=Npmccay7p2U&t=1sI feel like WWE wants to give Reigns a long run as the Universal Champion to try to establish that title. A lot of us hated Brock Lesnar’s 16-month reigns because he barely defended the title. By making Reigns a fighting babyface champion (that still gets booed by fans), it will help the title. I also think Strowman deserves a run as champion, but it might not happen.The way I see this going is that Strowman will do something to break the cell, which will allow his buddies Drew McIntyre and Dolph Ziggler to get involved. That will lead to Seth Rollins and Dean Ambrose also making their way down to the ring, there will be a lot of chaos and Reigns will ultimately get the win to retain his title. It should be a very good match too.

1. Hell in a Cell will be better than WrestleMania and SummerSlam

I like the lineup a lot, and I don’t think there’s a weak match on the card. It’s hard to predict if it’s going to be an awesome show because it depends on the booking, but one of the things that Hell in a Cell has going for it is that it won’t tire the crowd out as much as a WrestleMania or SummerSlam does because they are so long. I thought both of those shows were in the 7 out of 10 range if I’m being generous. Hell in a Cell should be better.If they time the show right by giving matches like Styles vs. Joe and Reigns vs. Strowman the most time (between 20-25 minutes each), then that will result in a better show. Charlotte and Becky will do a great job. Rousey’s match won’t be long, but the crowd is into everything she does. I like the idea of Hardy and Orton inside the cell to see how creative they can get. The two Tag Team Title matches all feature very good in-ring performers, so as long as they get enough time, they will be fun to watch. The mixed tag team match won’t be match of the night by any means, but should be enjoyable with a hot crowd due to Daniel Bryan’s involvement. Match finishes are important too, because if they have bad finishes, then that hurts the overall quality of the card and potentially pisses off the crowd.While it’s fair to say that the WWE product isn’t that hot right now and the shows leading up to HIAC have been just average, this is an enjoyable card on paper. There’s nothing on here that is going to stink up the joint. It’s not like we have to sit through a Big Cass or Enzo Amore singles match again, so that’s nice.My WWE PPV of the year so far is the Royal Rumble. I think there’s a very good chance that Hell in a Cell comes close to that or tops it.

Final ThoughtsThis will be a very good show. I have a lot of confidence in the talent on this card. There’s not a match that I can point to and say that it’s going to stink the joint up.You can watch WWE Hell in a Cell this Sunday, September 16th at 7 p.m. ET/6 p.m. CT on WWE Network. There’s also a one-hour Kickoff Show starting at 6 p.m. ET/5 p.m. CT as well. If you miss it live, you can watch it on demand at your own convenience. I’ll be back on Monday for a review of the event.