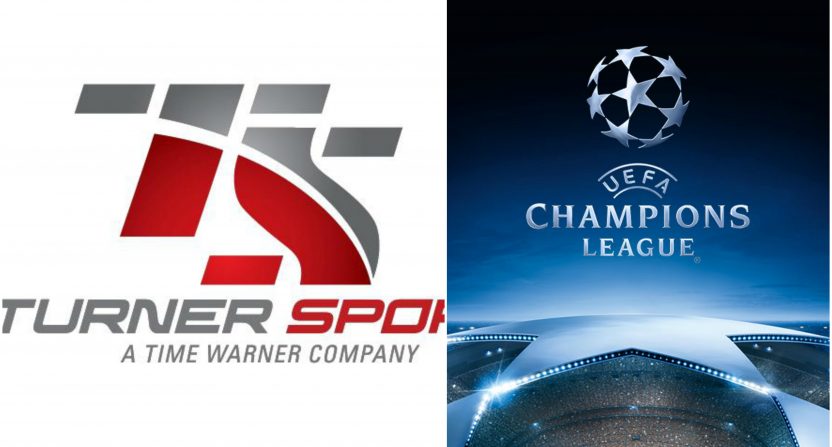 Turner Sports is two weeks away from officially beginning their foray into European soccer and as they get ready, Turner unveiled how they will distribute UEFA Champions League and Europa League matches.

TNT will carry 46 Champions League matches, starting with the UEFA Super Cup on August 15 while the rest of the matches, plus Europa League matches will be streamed on B/R Live (Europa League final will also be shown on TNT). In addition, there will be three subscription models that depend on how much you’re going to use B/R Live. If you’re only interested in watching your team play and no one else, you can pay $2.99 per match. If you wanted to watch additional Champions League matches and possibly other sports that B/R Live has to offer, you could pay either $9.99 per month or $79.99 for the year.

The per match option is going to be great for those who only want to watch their favorite team and nothing more. With six group stage matches and the knockout stages, the most someone would pay is $39/year if they play in the final, and even less if they have TNT and some matches are put on the network. For cord cutters, this is a great sign because unlike other sports networks, Turner’s OTT service will include matches that are also on TV instead of requiring both services in order to watch all matches.

As far as what the in-studio setup and TNT schedule will look like, Turner didn’t reveal who else would be in the studio (other than previous announcements of host Kate Abdo and analyst Steve Nash) but they did reveal their broadcast schedule.

UEFA changed its broadcasting windows this year so there could be two separate windows and thus fewer teams playing at the same time, avoiding broadcasting conflicts. The first match window starts at 12:55 ET while the second match window starts at 3:00 ET. With an equal number of matches in each window, each day, that means there will be no more than four matches taking place at one time with TNT showing one of those four matches. And since knockout stage matches will have exclusive time slots and will be shown on TNT, that means viewers who have access to TNT will only need access to B/R Live for just the Champions League group stage, a small number of matches from the knockout stage and/or Europa League. So while some Champions League group stage matches may require a subscription, TNT will be showing the majority of the big group stage matchups as well as most of the knockout stage.