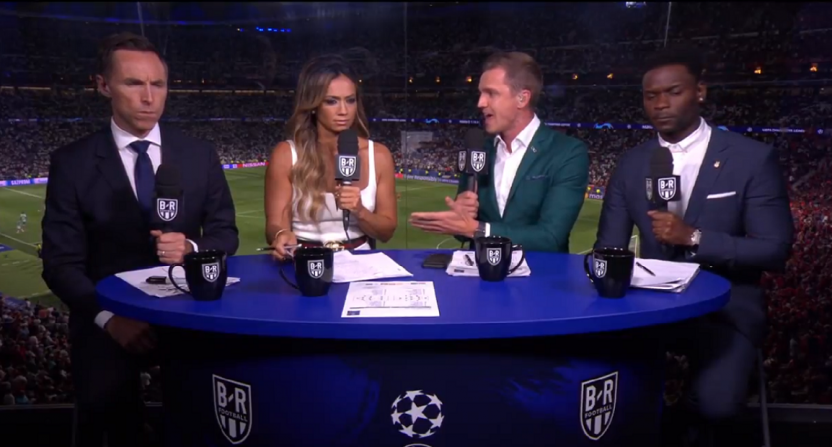 For the first half of today’s Liverpool-Tottenham Champions League final, TNT and B/R Live viewers in the United States had audio from the BT Sports broadcast feed calling plays like Tottenham’s conceded penalty less than one minute into the contest.

A PENALTY CALL 23 SECONDS IN ? pic.twitter.com/4gAaYBhPFG

As the second half began, though, viewers noticed that something was different: the announcers.

Second half and different announcers?

They were supposed to be taking the world feed audio and took the BT Sport audio instead.

You are allowed three subs.

Turner’s press release setting up their soccer coverage doesn’t mention the actual broadcast feed either way, but there’s at least one very plausible reason as to why they would have made the switch:

TNT switched announcers at halftime of the #UCLFinal2019, from England’s BT Sport crew to a blander worldwide feed. I’m guessing they didn’t like the confusion caused by BT’s in-game advertising for their own programming

That confusion was apparent in at least one big way:

Being honest, I appreciated not having to listen to John Strong and the Fox terrestrial crew but this is the trade-off when you run with the English feed. I’d imagine NBC Sports wasn’t too pleased with that either.

That’s definitely reason to switch over, although it’s unclear why they weren’t using the world feed to begin with.

[Update: Turner cited “audio issues” in a statement to Yahoo Sports, saying “We had audio issues during the first half of the match. Our intention was always to take the world feed, which we applied at halftime.”]