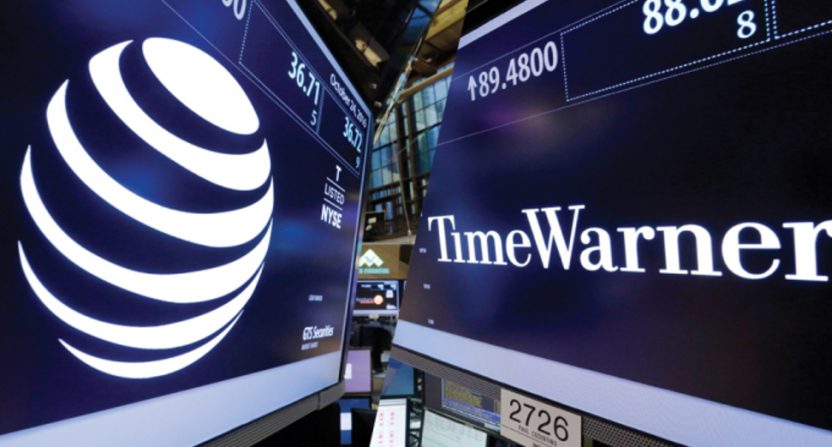 Tuesday saw U.S. district court judge Richard Leon rule that AT&T’s long-planned acquisition of Time Warner could proceed despite opposition from President Donald Trump and the Justice Department, following a six-week trial. Time Warner includes HBO, Turner Broadcasting (CNN, TBS, TNT, Turner Sports, et al), the Warner Bros. studio, and a joint interest in The CW (with CBS); the Justice Department argued that AT&T could charge competing cable and internet companies higher rates for Time Warner content to promote its own cable and internet products, but AT&T argued it’s in their interests to have that content widely distributed and that they need to own content to compete with the likes of Netflix and Amazon.

They also promised to submit carriage disputes to arbitration for seven years after the deal closes and to not pull programming. It appears their arguments were successful., and the deal was approved with no conditions. Presuming that the government doesn’t seek a stay of the deal and a further appeal, this seems done.

This deal going through could have a whole lot of sports media implications. Here are three of the biggest.

1. Turner Sports (and HBO) are now part of something even bigger: Time Warner had plenty of resources in its own right, but the acquisition by AT&T makes it even larger. And that could possibly lead to Turner (and maybe even HBO) being even more aggressive when it comes to sports rights and sports programming. Turner’s made plenty of big moves there over the years already, from March Madness to the NBA to MLB to now the Champions League, but they could possibly become even a bigger player with AT&T’s backing. Also, it was reported during the last round of UFC contract talks that Turner was being cautious with rights bids, waiting to see what would happen with this merger.  They don’t need to worry about that now.

Oh, and new Turner streaming service B/R Live now has even more backing to pick up rights, and Bleacher Report as a whole has extra backing too. And while HBO already had plenty of resources and was investing some of them in sports (especially documentaries, Real Sports and boxing), they now have even more. It will be interesting to see what happens to AT&T/DirecTV’s own content channel Audience and to their regional sports networks now; will there be some integration with Turner’s properties? Will Audience in particularly be less necessary now they have these other content areas? And we’ll see if AT&T finds ways to favor Time Warner content, maybe on TV but perhaps especially on the web, where the end of net neutrality opens up whole ranges of possibilities for boosting your own content. AT&T and other distributors say they’re not planning on that right now, but that may change.

2. There are now maybe less regulatory hurdles to the Disney/Fox deal: A lot of the discussion around Disney’s plan to buy numerous Fox assets (including the regional sports networks, the TV/movie studio, and international properties) was if it would face regulatory hurdles. Many figured that deal was perhaps a little safer than AT&T/Time Warner, as it’s one content provider buying assets from another one (and specifically avoiding areas where the two already directly compete, such as the Fox broadcast channel and FS1) instead of a distributor buying a content provider, but there had been some rumblings of political opposition, and AT&T-Time Warner was generally seen as safe until it wasn’t. A win on AT&T-Time Warner might have pushed the Justice Department to challenge other big media deals, including Disney-Fox. This approval perhaps makes that less likely, and perhaps means we’re closer to a future where Disney does own those Fox assets. However…

3. Comcast could try and swoop in for Fox: Back around the announcement of Disney’s plan to pick up those Fox assets, there was also reporting that Comcast had made a significantly higher bid that Fox turned down thanks to concerns about antitrust regulation. In February, it was reported that Comcast was considering another bid for Fox’s assets if the AT&T-Time Warner merger was approved, and that story firmed up into even more of a likelihood in May. Now, just because this deal was approved doesn’t mean that a Comcast move for Fox would be; Fox might prefer to stick with Disney, and a combined Comcast-Fox could raise a whole lot of antitrust concerns not in either AT&T-Time Warner or Disney-Fox (regional sports networks might be a big sticking point there, as this combined entity would have a whole lot of those). But Comcast is much more likely to bid in an environment where AT&T-Time Warner is approved (CNBC’s piece notes they may bid as soon as Wednesday), and much more likely to have a chance of getting their own bid approved. We’ll see if that happens.