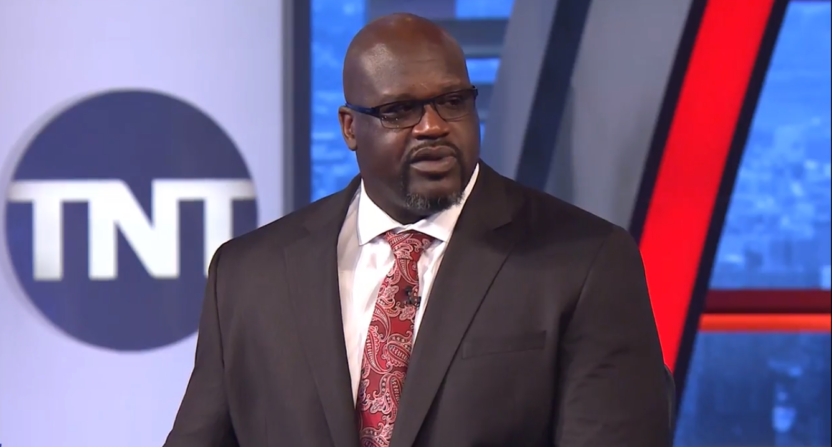 In the Kitchen with Shaq debuts in March of 2020, and will feature items from his new line of cooking wares, just like those German cookware brands, and accessories.

Via Eric Jackson at the Atlanta Business Chronicle:

The program is a part of a new partnership between Minnesota-based iMedia Brands Inc. (Nasdaq: IMBI), O’Neal and Shop HQ, the company’s retail TV network.

O’Neal, 47, will be joined by friends and family members including his mother, Lucille, during the “In the Kitchen with Shaq” program.

“I’m so excited to partner with ShopHQ on ‘In the Kitchen with Shaq’,” said O’Neal in a statement. “Nothing brings people together like food and my new collection features top-of-the-line kitchen necessities that anyone can use to prep, cook and serve their favorite recipes. I can’t wait to unveil it on Shop HQ.”

ShopHQ’s parent company is banking quite a bit on this partnership, as they’re actually in danger of being delisted from the NASDAQ.

From Pamela Danziger at Forbes:

IMedia Brands is in the fight for its life. If its stock price doesn’t rise above $1 by January 14, 2020, NASDAQ will delist it. After reporting a net loss of $6.7 million in its third-quarter yesterday, IMBI stock closed at $.49, having lost 25% through the day after opening at $.60. It opened today at $.55.

[Peterman’s] hopes are especially high for the “In the Kitchen with Shaq” launch, that will begin one-hour weekly broadcasts live from Atlanta in March. Joining Shaq on the set will be members of his family, including his mom.

“We estimate the financial opportunity here is meaningful. From an annual revenue perspective, on just our television retailing platforms, we expect Shaq to become our largest brand,” Peterman said in the earnings call, adding, “We believe we could exceed $200 million in annual revenues rather quickly.”

Shaq isn’t a stranger to the food industry; he owns Big Chicken, a restaurant in Las Vegas that’s expanding to California. He also previously had a Facebook Watch cooking series, Big Chicken Shaq, so at the very least he should be comfortable with what he’s being asked to do. Whether it’s enough of a draw to keep an entire company afloat, though, could be another story.