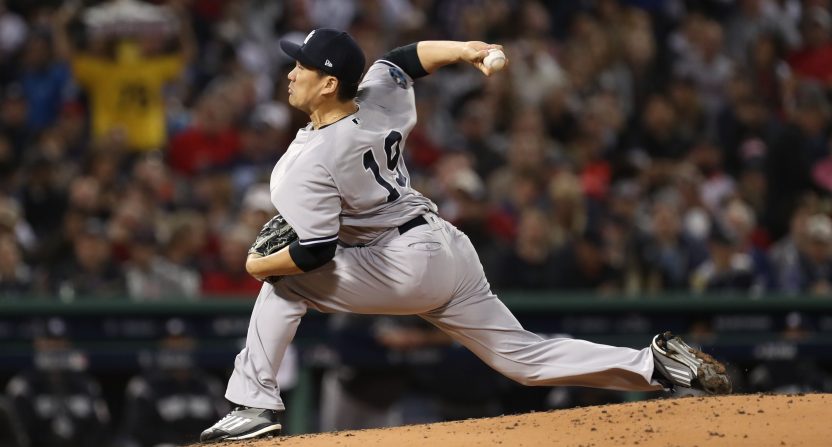 Early on in the eventual 6-2 New York win, Darling was attempting to point out a weakness of Tanaka’s, only to use the worst possible turn of phrase, given the situation.

“A little chink in the armor for Tanaka here. It’s the first inning where he’s lost a little of his control,” Darling said. He did not appear to realize what he had said could be seen as offensive and later said the choice was unintentional.

The unfortunate phrase came near the end of the fourth inning, when Tanaka fell behind 3-0 against Eduardo Nunez. Darling was noting that Tanaka, who is Japanese, appeared to have lost some control.

Darling ended up apologizing in a statement:

“Earlier tonight I used an expression while referencing Masahiro Tanaka’s recent pitching performance. While unintentional, I apologize for my choice of words,” Darling said said in a statement released to Yahoo Sports.

There was a large contingent online that didn’t think Darling did anything wrong at all, much less anything worth apologizing for. And it does seem clear that Darling meant nothing more than what the idiom is commonly used for. But when you’re in broadcasting, precision matters; Max Bretos was famously suspended after using the same phrasing when discussing Jeremy Lin at the height of Linsanity back in 2012.

There’s always a way to get that particular point across without using a word that constitutes a racial slur, even when it’s clearly not the intention. Darling and TBS apologized, and we should be able to move on from here.