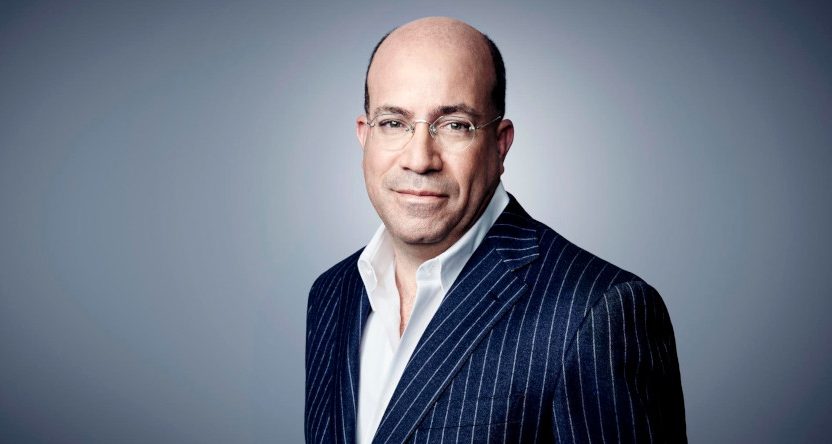 Following David Levy’s exit as head of Turner in the wake of AT&T’s purchase of Time Warner, it’s been unclear what’s next for the company’s sports side. Well, there’s now some news on who might wind up overseeing sports, and it’s a surprising name: CNN president Jeff Zucker. Joe Flint of The Wall Street Journal first reported the news, which comes as part of a wider overhaul of the WarnerMedia properties:

Jeff Zucker, the leader of cable-news outlet CNN, is about to add sports to his portfolio, giving him expanded oversight of more of the most valuable content in today’s media landscape – live programming.

Zucker is expected to head AT&T’s Turner Sports, according to three people familiar with the matter, expanding his influence at the telecom giant as it moves quickly to re-organize WarnerMedia, the media conglomerate it purchased in June for $81 billion.

Beyond his current role at CNN, Zucker is known for past work as a producer at NBC News, the head of the Today show, and eventually the CEO of NBC Universal. And he’s long been a sports fan, with some even floating him as a potential replacement for John Skipper at ESPN last January. Zucker has shown off that influence in his past roles, but not always in the ways you’d expect. As Jonathan Mahler wrote in an April 2017 New York Times profile, some of Zucker’s focus on debate at CNN has come from…his love of First Take?

As pure TV spectacle, arguments like this were reminiscent of the head-to-head battles pioneered a decade ago by ESPN’s daytime talk shows like “First Take,” which pitted sports pundits against one another in loud disagreements about the topic of the day. This was not a coincidence. Zucker is a big sports fan and from the early days of the campaign had spoken at editorial meetings about wanting to incorporate elements of ESPN’s programming into CNN’s election coverage. “The idea that politics is sport is undeniable, and we understood that and approached it that way,” he told me. Toward that end, the network built “pregame” sets outside debate halls with excited crowds in the background and created a temporary rooftop studio for the final weeks of the campaign with sweeping views of the White House and the Washington Monument. An on-screen countdown clock ticked down the days (then hours) to Nov. 8. Trump, the trash-talking (and trash-Tweeting) underdog who inspired raw, powerful feelings among supporters and detractors alike, was the ideal subject for this narrative framework.

So, yeah, that could be a very interesting change for Turner Sports. Of course, just because Zucker expressed his admiration for ESPN programming choices like First Take doesn’t necessarily mean that he’ll do exactly that, and Turner’s structure would make that much more difficult; they don’t have a dedicated linear sports channel, with their sports programming airing on cable channels TBS and TNT and mostly doing so in primetime or on the weekends, not prime debate hours. Also, Turner’s finding plenty of success with their current sports programming approaches, and especially with studio shows like Inside The NBA that take themselves way less seriously than First Take, so there may be some incentive to not mess with what’s working. It’s also notable that sports will only be one part of Zucker’s portfolio. He’s still going to be running CNN, and that will presumably take up a fair bit of his time.

This also raises questions about some of the others currently at Turner. Lenny Daniels was named president of Turner Sports in 2014, but he hasn’t been mentioned in these reports, and it’s unclear if he’s still there, and if so, what role he’ll play. Steinberg wrote earlier Friday that “Levy declined to comment on whether some of the executives who report to him – top Turner executives like Donna Speciale, president of ad sales or Lenny Daniels, president of Turner Sports -were likely to stay under the new ownership.” Another Turner figure not really mentioned so far is Matt Hong, named COO of Turner Sports in 2017; Hong’s had a lot of influence on the company’s programming and their business partnerships with leagues.

And on that front, that may be one of the most interesting questions about Levy exiting and Zucker coming in. Levy was known for his strong relationships with a variety of leagues and his role in getting rights deals done, and that’s an area where Zucker seems to have less experience. (He did oversee NBC Sports during his time as NBC Universal president and CEO, but wasn’t regularly mentioned in anything involving sports during that stint.) And while there aren’t any major rights deals coming up immediately, there are some questions about how well Zucker will do at keeping team and league partners happy, and what approach he’ll take in the next round of rights deals.

There are plenty of opportunities for Zucker to make his mark on Turner’s coverage. As mentioned above, Levy was known for his role in a lot of rights deals, from the NBA to the NCAA tournament to ELEAGUE and one-off events like the Tiger/Phil “The Match,” and Zucker could certainly prioritize events or sports he’s particularly interested in once he takes over. And it will be interesting to see just how much he cares about recently-launched streaming service B/R Live, or Bleacher Report overall, and what sorts of things he tries to do with those properties. (And if there’s going to be any embrace of debate, those might be the natural spots to try it out first.) We’ll see what Zucker does at Turner Sports, and if he brings over his love of ESPN debate.