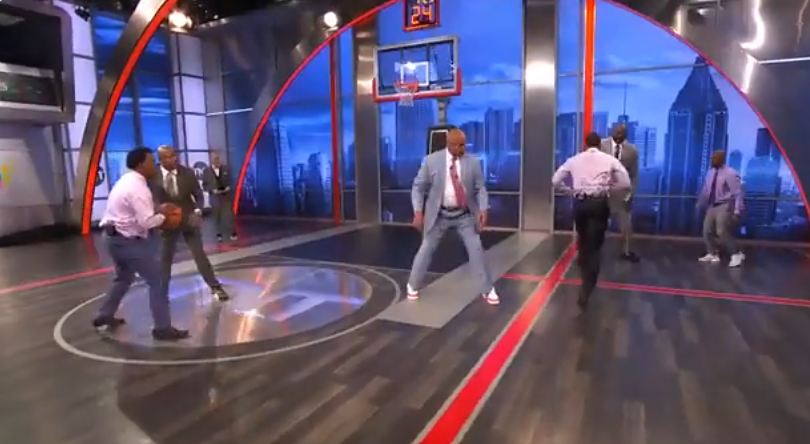 Logically, three former NBA players should probably get the best of three former MLB players on the basketball court. But that was not the case on Tuesday night.

On Tuesday, two studio teams from the Turner Networks met up, when Pedro Martinez, Curtis Granderson, and Jimmy Rollins from MLB on TBS found their way to the Inside the NBA studio with Charles Barkley, Shaquille O’Neal, and Kenny Smith. Martinez, Granderson, and Rollins showed that while baseball is their primary sport, they have some basketball skills as well.

After setting a pick on Shaq, Granderson rolled to his left towards the hoop. Martinez, who was playing point guard during this drill, hit Granderson in stride. The former outfielder corralled the pass and hit an uncontested layup for two points.

Alright, they weren’t going particularly fast. Given the ages of all six (the former NBA stars and Martinez are at least 50, while Rollins and Granderson are both above 40), that’s probably a good thing. Despite that, Granderson’s form here was essentially flawless. If you’re looking for a textbook example of how to set a pick-and-roll — especially on a bigger player — you can do a lot worse than studying Granderson here.

We can only hope that someday we can see Shaq, Barkley, and Smith in the batter’s box with Pedro 60 feet, six inches away. Maybe in October.