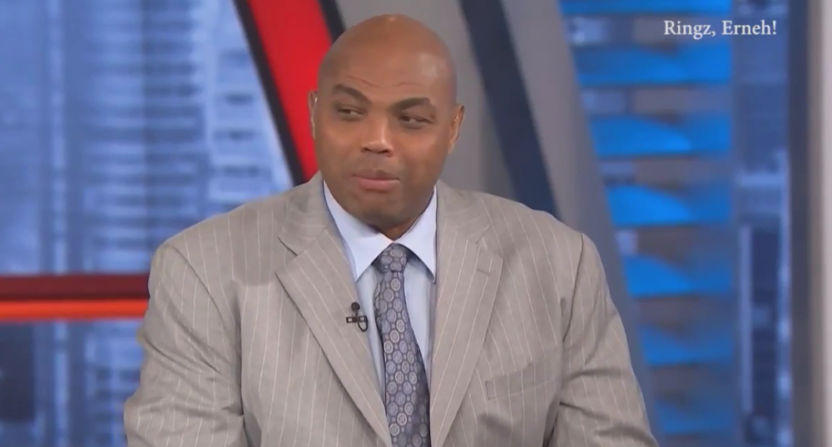 Boston Celtics’ point guard Kyrie Irving made some headlines this week for comments seemingly suggesting he thought the Bucks’ court was actually 30 years old and not just painted to look that way, and the Inside The NBA crew had some fun with that Thursday night on TNT.

Johnson goes “The only flaw in that logic…here’s the deal, he said you can tell it’s an older court, this is a brand-new floor.” Barkley responds “This is the same man who said he believes in flat earth.” Johnson says “He said he was just floating that out there to see what people think.” Barkley then adds “He should have known what everybody was going to think. And Ernie, I got one worse than flat earth theory. This is the same dude that didn’t want to play with LeBron! His credibility is shot!”

It’s far from the first time Barkley has gone after Irving, but it’s pretty deserved in this case, and that’s a pretty funny line. And hey, this segment still probably turned out better for Irving than his First Take appearance. Stay woke, Kyrie.