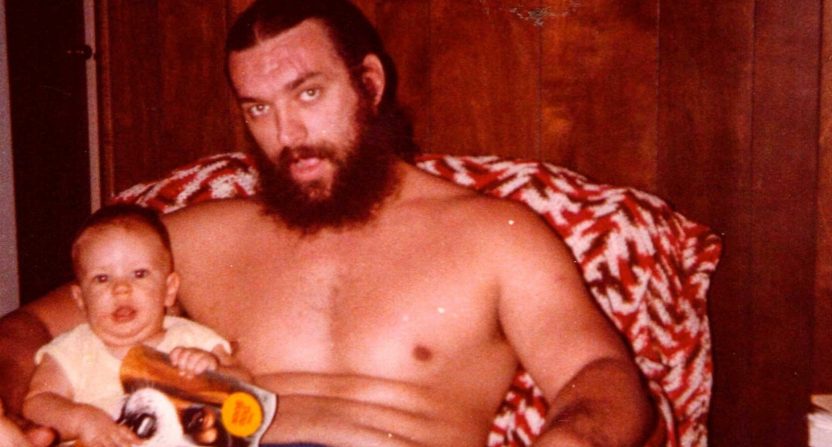 After a successful second season, VICE TV has renewed its pro wrestling docuseries Dark Side of the Ring for a Season 3. According to TheWrap, the third season will run 14 episodes, four more than Season 2 included. (Season 1 ran six episodes.)

As its title indicates, Dark Side of the Ring chronicles people and events outside of the ring, away from the over-the-top spectacle of pro wrestling to look at the unseemly side of the business and personal lives of its performers. The series is the highest-rated in VICE TV history.

Previous episodes have covered the tragic history of the Von Erich family, the 1988 murder of Bruiser Brody, the “Montreal Screwjob” involving Bret Hart and Vince McMahon, the 1999 death of Owen Hart, and the 2007 double murder and suicide of Chris Benoit.

In April, VICE TV executives told Deadline’s Peter White that the network was seeking to expand a third season of Dark Side because the series had been so successful. Additionally, VICE TV is looking to expand the brand with spinoffs covering other entertainment and sports stories.

VICE TV hasn’t officially announced which topics a third season will cover, but PWInsider’s Mike Johnson reports that episodes will follow Grizzly Smith, Jake “The Snake” Roberts, Rockin’ Robin, and Sam Houston. (Did you know the latter three were all related? It’s not known if each of the three will get their own episode or if all three will be covered in one.)

Also, there’s no word yet on whether or not VICE TV will continue the Dark Side after-show, After Dark, hosted by Chris Gethard.

Remembering Brian Pillman, who passed away 23 years ago today ? pic.twitter.com/AFH0XVAV47

Additionally, famed wrestling executive Eric Bischoff revealed on his 83 Weeks podcast that he’s recorded interviews with producers for episodes on the career of Brian Pillman and the 1995 “Collision in Korea” event headlined by Ric Flair wrestling Japanese star Antonio Inoki.

The first two seasons of Dark Side of the Ring can currently be streamed on Hulu. Several episodes are also available on YouTube.