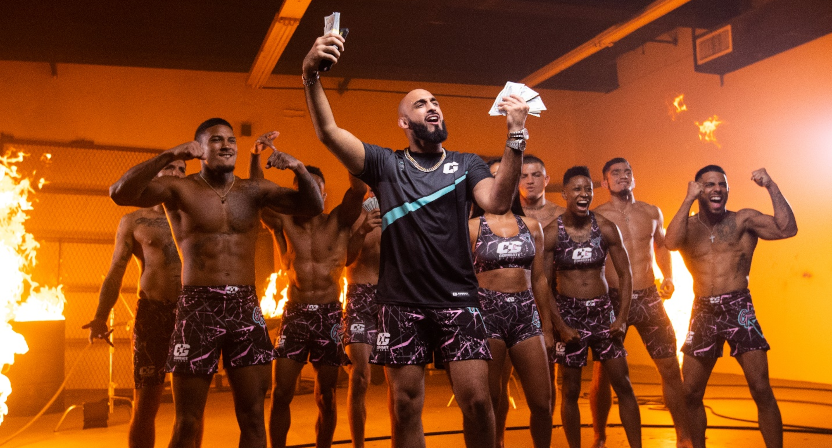 Back in March 2021, MMA promotion Combate Americas rebranded as Combate Global and signed a five-year U.S. TV deal with Univision. Last July, Univision took an equity stake in the promotion as well. Univision also acquired Mexico’s Grupo Televisa (a company they’d previously done some work with, particularly around joint sports channel TUDN) in a merger last April, forming TelevisaUnivision, and that’s helped Combate Global expand their presence in Mexico, including with a deal last month for programming on Canal 5 and TUDN. And now, the promotion is launching a new MMA reality competition show, and that’s going to be available in both the U.S. and Mexico on new TelevisaUnivision streaming service ViX+. Here’s more on that from a release:

On Wednesday, August 24, viewers can watch the first of the six episodes on VIX+, which provides a deep look at the vastly different cultures that exist within the confines of each of four of the world’s most unique MMA training camps in Mexico, the U.S. and Spain, and that serve as breeding grounds for world champions in this gruelingly competitive sport.

“We are proud to have Combate Global as part of the TelevisaUnivision sports portfolio, and especially with this series, to not only show the competition inside the ring but also bring viewers the journey fighters take on, mentally and physically, ahead of each of their fights” said TelevisaUnivision SVP, Sports Entertainment, Federico Larino.

“Combate Global is once again making history with an unprecedented format for a combat sports competition reality series – we are excited to work with TelevesiaUnivison to bring the most real MMA viewing experience to our fans” said Combate Global CEO Campbell McLaren.

The gyms featured as training camps will be Bonebreakers in Mexico City, Mexico (led by head trainer Raul Salas), Goat Shed Academy in Miami, FL (led by head coach Asim Zaidi), Saekson’s Academy in Los Angeles, CA (led by head trainer Julio Trana), and Uppercut Training Center in Barcelona, Spain (led by co-founders Oriol Gaset and Ramon Maneiro). The inclusion of a gym in Spain is perhaps particularly interesting, and that helps reinforce both the worldwide focus Combate Global has been striving for and their Spanish-language appeal. There’s also a team element to this with the gyms, as they’ll earn points based on fighters’ performances, with the gym that picks up the most points over the course of the series earning $50,000.

It’s notable to see another reality competition MMA series launching, as some version of that format’s proven quite popular for everyone from the UFC to the PFL to FloSports. There’s a lot of interest in finding up-and-coming MMA fighters. And there are some different elements to this one, perhaps especially with the gyms around the world. And it’s interesting that this is coming to VIX+, and that it will be available on that new service in both the U.S. and Mexico. We’ll see how this turns out for Combate Global and TelevisaUnivision.