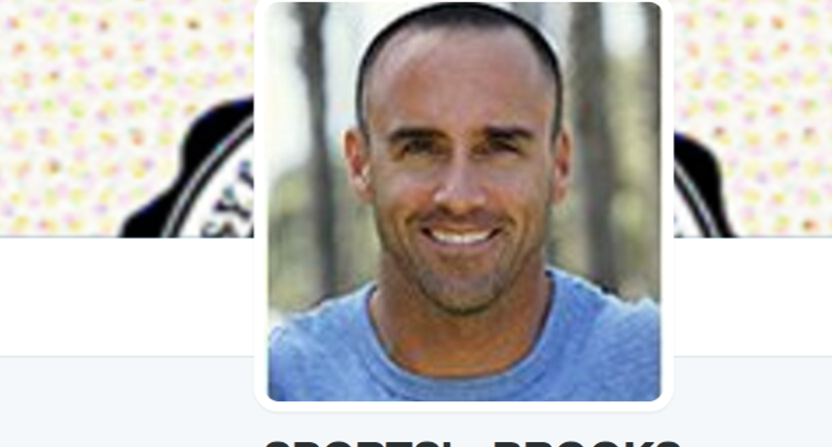 When it comes to Sports Twitter, and online sports fandom in general, there’s a line in the sand that you stand on one side of or the other. You either remember a time when Brooks Melchior, a.k.a. Sports by Brooks, was one of the most influential sports bloggers around, or you have no idea who Brooks Melchior is and what Sports by Brooks is or was.

Depending on which side you’re on, you either freaked the hell out around 1:00 p.m. EST on Wednesday when @SPORTSbyBROOKS posted its first tweet in nearly five years, or you looked around wondering what the hell everyone is all worked up about.

From one of my favorite movies. Love this scene. pic.twitter.com/loZWD49Ngv

First, for the 20-somethings and teenagers in the room, a recap of how we got here.

Started in 2001, SbB was one of the early pioneering sports properties in the blogosphere back when you could say a word like “blogosphere” and not sound like an old person. For those who weren’t there, it was on par with other growing sports outlets like Deadspin and The Big Lead (predating both of them by years) and it was run by the titular Brooks Melchior, who seemed predestined to become a talking head on an ESPN or FS1 debate show. The site was a hybrid of sports & entertainment news, gossip, opinion, and a healthy dose of scantily-clad women, which was the pageview currency of the day for sports websites (and still is for some).

Sports by Brooks was doing well enough by 2012 that they were even breaking news before ESPN (who then went out of their way not to credit them as they are wont to do). The future seemed bright for the site and its owner. Then, suddenly and without warning… Brooks disappeared. The site stopped updating in late 2012. The Twitterfeed was still active but… different. The last time it posted about sports was around April 2013 and subsequent tweets between then and November 2013 seemed to change between conspiracy theories, software talk, and armed forces veteran appreciation.

In the years ahead, Brooks never surfaced to explain what happened, never did any public appearances or interviews, and seemingly dropped off the face of the Earth. “Whatever happened to Sports by Brooks?” became something of a meme even if everyone was actually asking the question out of genuine desire to know.

My piece on seeking out Brooks Melchior due Saturday AM. One of the more fascinating stories I've ever worked on. @sportsbybrooks

In 2016, after years of silence, we thought we were finally going to get our answer when Jeff Pearlman announced that he had found Melchior and was in the process of writing a piece to answer that burning question. However, when the timeframe in which the article was supposed to be published came and went, Pearlman let it be known that he’d decided not to run with the story after all.

I wrote the piece. Then decided it shouldn't run. One shouldn't always find people if they wish not to be found. https://t.co/GaweIFqgQA

In October 2016, Pearlman appeared on The Chris Mannix Show. While he didn’t go into details, he did confirm the longstanding belief that mental illness may have played a role in Brooks’ disappearance.

“Here’s what I can tell you. I wrote the story. I literally have on my computer a 10,000-word Sports by Brooks story that I busted my butt on hardcore. I wrote it for Bleacher Report and one of the editors said ‘I just don’t feel comfortable with this because it feels like a mental health illness.’ I did not find him, as in we did not have a face-to-face encounter. I found out, basically, what has become of him. And I’ll just say that I think my editor is correct in that it was the right thing not to…I’ll just say sometimes people go away for a reason. Not just because they fade out of prominence.”

And that’s where we left off, presumably forever. We’d all just have to accept that Brooks had good reason to step away from the profession and limelight and was hopefully taking care of himself and whatever he was dealing with.

And every Sports Twitter person over the age of 30 collectively lost their minds all over again.

ME, twenty minutes ago, living in 2018: Nothing can surprise me anymore.
[@SPORTSbyBROOKS tweets]
ME: [faints]

"Why I'm joining The Athletic"

If I'm @SPORTSbyBROOKS, I fuck with everyone by not tweeting for another five years.

As far as what the tweet means and whether or not it was actually Brooks who posted it, we have absolutely no idea. The fact that the tweet includes a clip of Willy Wonka emerging from his factory certainly seems to imply a return of sorts for the reclusive sportswriter, but who knows. For all we know at this point, the account could have been hacked or someone else could simply have taken over and wants to have some fun with the rest of us.

For his part, Jeff Pearlman seems just as caught off-guard as the rest of us, so it’s not tied to any kind of release of that story. Though perhaps this is the impetus to start that process all over again.

Whatever the deal, the internet waits for SbB’s next move, which hopefully comes sooner than five years from now.