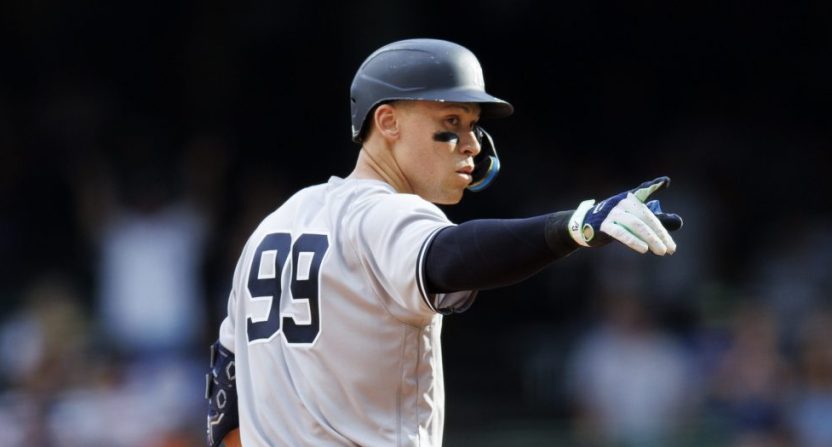 There’s a long history of MLB content on Twitter, from deals to stream entire games through content from players, fans, teams, the league, and media organizations. And there’s about to be something a bit new with that with the upcoming MLB Postseason. On Friday (the day of the first playoff games of Wild Card Weekend), Twitter announced that they’ll livestream look-ins from playoff games, and will be the only social media platform officially streaming live look-ins. Here’s more on that from a release:

Throughout all four rounds of the Postseason, fans should keep their eyes on @MLB, @BleacherReport, @BRWalkoff, @ESPN and @MLBonFOX, among others, for the live look-ins, highlights and all other unique baseball content they witness season-long, including shoulder programming produced by the award-winning MLB Network (@MLBNetwork). These efforts are intended to increase the conversation, viewership and overall awareness of the MLB Postseason – the most exciting time of year for many baseball fans.

As mentioned above, this is just the latest Twitter/MLB partnership. The past two postseasons have seen a couple of different Twitter/MLB partnerships, including #FreeBaseball in 2020 (giveaways of World Series batting practice baseballs) and #PostcardsFromHomePlate (postcards generated from fan tweets that MLB then mailed out). And Twitter has been doing live content somewhat along these lines around MLB events for the past two years in particular, following a deal announced in May 2021 alongside a number of other partnerships. And this is significant for the networks broadcasting those games as well and for MLB Network, which will gain some further exposure for their shoulder content), as a lot of this is going to come through those network accounts noted above.

This also comes at a time where Twitter has some notable things going on around MLB conversation on their platform. The company told AA there was a 45 percent jump globally in the usage of the #MLBTwitter hashtag this season. They also saw interesting levels of engagement from new people, with 18 percent of those tweeting about MLB during this regular season not tweeting about it during the 2021 regular season, and with 28 percent of the MLB conversation generated by fans outside the United States.

And which players, teams, and tweets got the most interest is notable as well. Of the four most-retweeted MLB tweets this year, three were from @Dodgers (two on South Korean boy band Enhypen visiting a game in August, one a tribute to Vin Scully after his passing), while the fourth was ESPN’s Jeff Passan breaking news of the tentative CBA agreement in March:

BREAKING: Major League Baseball and the MLB Players Association have reached a tentative agreement on a new labor deal, sources tell ESPN. While it still needs to be ratified by both parties, that is expected to be a formality, and when it is:

But some other players and teams stole the overall spotlight. For players,  the Yankees’ Aaron Judge (@TheJudge44, seen above during a Sept. 18 game) has been the most mentioned player handle globally in 2022 MLB conversation to date. He’s followed by the Padres’ Yu Darvish (@faridyu), the Angels’ Mike Trout (@miketrout), and the Cardinals’ Albert Pujols (@pujolsfive).

Judge and Pujols make particular sense for their prominent home run chases. But it’s notable to see Darvish and Trout in there as well. On the team side, the Yankees, Dodgers, and Red Sox had the most-mentioned team accounts, but while #MLB was the most frequent hashtag used overall in global MLB conversation, the second-most was the Mets’ #LGM (Let’s Go Mets). We’ll see how the Twitter MLB conversation goes this postseason, and how these live look-ins are received.