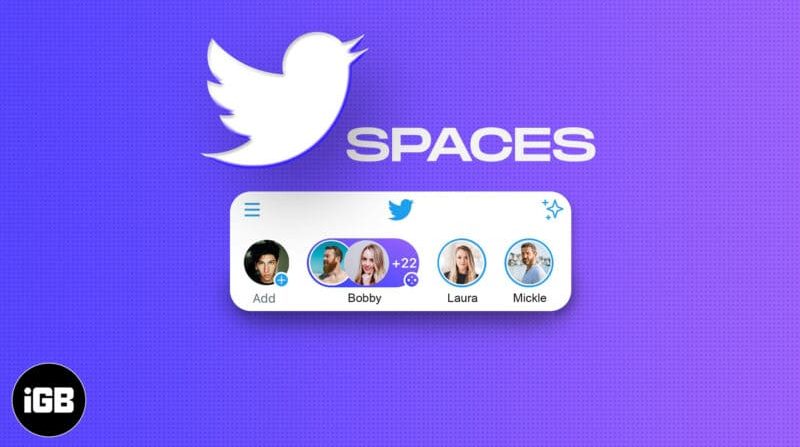 There have been plenty of sports initiatives from Twitter over the past few years, but some of the most interesting have been around college football. In particular, Twitter audio conversation product Spaces has seen particular adoption in the college football world, with everyone from regular fans to players, coaches, athletic directors, and media figures making use of that at times. ESPN/SEC Network host Paul Finebaum even did one last month, which was especially notable considering Finebaum’s profile and his long history of fan interaction.

“I’ve been at Twitter almost seven years, and one of my first projects was working on the college athletics space: the value there, what the conversation looked like, the fan behavior on Twitter. It’s one of those things where when you’re on campus, you’re at a college football, college basketball, college whatever game, the passion is there, always there. And that exists in college football maybe more than so many other sports, and it just comes directly into Twitter in the same way.”

Herman said that has the Twitter Sports team excited for this season, and for ways to spotlight some of the conversations happening there.

“It’s a passionate, engaged, crazy, as we like to call it, college football fanbase, but a good crazy. It’s just that sort of unbelievable amount of passion that comes through in conversations about college football that makes us so excited not only to start getting content, but emphasize some of the amazing back-and-forth that happens all season long.”

With Spaces in particular, Herman said the college football world was an early adopter of the product, with fans hosting their own Spaces and even coaches and athletic directors stopping by.

“Spaces are a little over a year, a year and a half old. What we saw last year, very organically as the product was still so new, is that college football in particular had a ton of just fans who would go live on Spaces and talk about college football.”

He credits that fan engagement for why this took off this way.

“It goes back to my first answer of that amazingly passionate audience; it became a place for fans to celebrate wins, to commiserate with each other after a loss, to complain about a coach. You had coaches’ family members joining Spaces supporting them, you had coaches joining Spaces, just all this craziness. And Spaces is our way of allowing fans to have conversations outside of a normal tweet on Twitter, use your voice to talk. And again, college football fit that perfectly.”

And Herman said they were able to build on those initial fan-led efforts with work with media outlets.

“What was really awesome was to see not just the organic nature of fans going live, but how that transitioned into our work with professional publishers in the space. ESPN, Fox, the teams themselves. All of them went live on Spaces at different times during the week throughout the season to just help emphasize that conversation and that passion. It’s become a match made in heaven, honestly; it’s one of our favorite sort of use cases for Spaces at the moment. The community at large really bought in, and we’re pumped to see it.”

That led up to Finebaum hosting a Space last month, which Herman said was great to see.

“Paul’s been a long-time friend of the Twitter Sports crew. Our long-time leader, TJ Adeshola, is a Georgia fan, and last year, when he was on [The Paul Finebaum Show], he said ‘Hey Paul, if Georgia wins the championship, you’re coming on Spaces.’ It was a little bit of a bet. And I think it was the perfect example of why Spaces is such an excellent product.”

He said Finebaum was a particularly good fit for this given his ability to drive conversations, and his appearance there also reinforces how ESPN as a whole is using Spaces.

“Paul is amazing at connecting fans in college football, poking at the storylines, working the ESPN magic as they do. And being able to use Spaces as a conversation enhancer of the show and building off all those callers that he takes all day long was really cool. So kudos to him and to his producer, but also for ESPN, generally speaking, for buying into Spaces as a product and allowing their talent to go full-throttle connecting with fans in so many different ways.”

One cool part of Finebaum’s Space was that in addition to his previously-arranged lineup of guests, he noticed that ESPN colleague Holly Rowe was listening, and pulled her in for a conversation. Herman said that’s a key feature of Spaces, as they make it easy to figure out who’s listening and if someone there might be a good fit to speak.

“There are new discovery mechanisms that are part of Spaces that I think are really helpful for driving conversation. One is you’re able to see a friend that you didn’t plan, you didn’t know was going to be in there. …When you’re hosting a space, verified individuals populate the top, but you can also see ‘Who are the largest [following] folks in my Space right now, do I want to bring them in, do I want to engage?'”

Herman said that’s an advantage for Spaces over typical radio or podcast shows, and it fits Twitter’s overall focus on real-time reaction.

“It’s one of the best parts of Spaces, the spontaneity of it, seeing ‘Hey, so and so joined in, do you want to come up and speak?’ I think that what’s really allowed us to have some fun conversations, not just in the college football world, but in other sports as well, just sort of that natural ability like Twitter is. Twitter is real-time, reactive, in the moment, and Spaces is exactly that, just in a different form.”

Other Twitter efforts around college football have included a Twitter Tribune championship newspaper partnership with ESPN last year, and a new expanded NIL partnership with Opendorse that will allow Pac-12 football players (and possibly other NCAA athletes down the road) to monetize highlights.  We’ll see what else they have in store. But Herman made it quite clear that college football’s a valuable area for Twitter, and a particularly good showcase of some of what they offer.