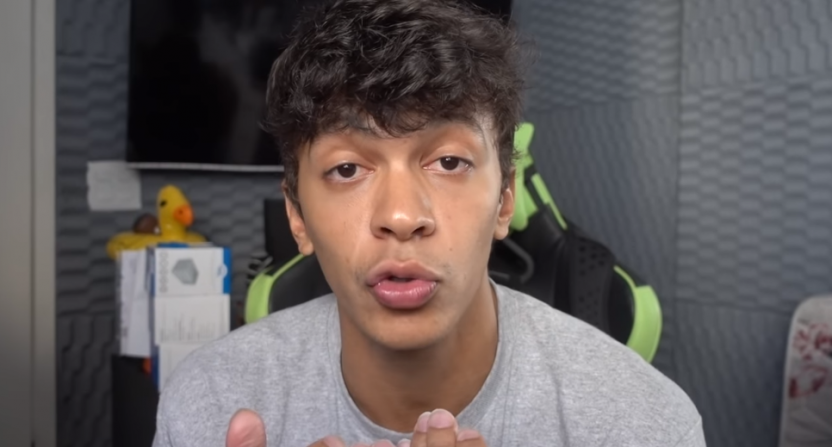 A tweet during the 2018 World Cup has already been exceptionally costly for popular Brazilian YouTube personality João Cocielo (who has about 17 million followers) and it could get even more so. During the June 30 Round of 16 game where France beat Argentina 4-3, Cocielo sent a tweet that many found racist about French star Kylian Mbappé after an impressive Mbappé run drew a penalty. Cocielo took fire for that and later recanted and apologized (in the video screencapped above), but still lost endorsements from Coca-Cola, adidas, Gillette and more. Now, the Public Ministry of São Paulo wants him to pay a massive fine of 7.4 million reals (about $1.8 million U.S., as per Google) for “collective social damages.”

“Mbappé could do a top theft on the beach, huh,” Cocielo tweeted soon after the play. The word he uses about the crime is ‘arrastão’, a traditional method of stealing on Brazilian beaches in which young boys use their speed to steal belongings of tourists and run away.

Right after the tweet, several followers pointed out that it sounded racist, which led the YouTuber to delete it. But it got worse when people started digging up old tweets, and found many other racist jokes made by him.

…As reported by Estadão, the Public Ministry of São Paulo asks Cocielo to pay for collective social damages. The case says: “This is a young black player, Frenchman of Cameroonian descent, of robust physique and who showed, in the games of the French national team in the World Cup of Russia, impressive speed and explosion, thus resulting, in notorious manifestation of racism, his association with the robbers (black, in the author’s optics) who commit crimes of robbery on Brazilian beaches, especially in Rio, always under continuous and unstoppable run.”

The Public Ministery now waits for the judiciary to break Cocielo’s bank secrecy to prove he can afford the fine. He’s accused of violating fundamental rights, human rights, the Federal Constitution and International Human Rights Treaties.

That’s quite the action over a tweet, but it’s not the first time we’ve seen that. Many governments have cracked down hard on racism and/or hate speech on Twitter, sometimes around soccer, as in the case of the British student sentenced to 56 days in jail in 2012 for racist comments about Fabrice Muamba’s on-pitch heart attack. So at least Cocielo is only facing a fine. But that’s still a massive amount of money, and it will be interesting to see if he pays it and, if so, what that money is used towards. At any rate, this story’s certainly yet more proof of the need to be careful on Twitter, and perhaps even more of an argument to follow Erik Malinowski’s Rule #1: “Never tweet.”