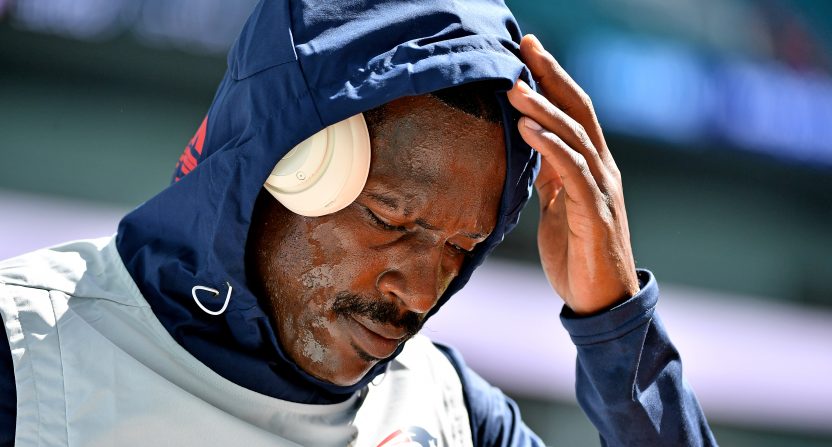 Well, if Antonio Brown is trying to make himself unemployable, he has probably succeeded at this point. He was already radioactive given multiple alleged incidents of sexual harassment in recent weeks, which (eventually) led to the New England Patriots cutting him loose last week. And just a day after agent Drew Rosenhaus told ESPN’s Adam Schefter that he has had communication “with a few teams that are interested” in Brown, the wide receiver went on a wild Twitter rant in which he called out Patriots owner Robert Kraft, Steelers’ quarterback Ben Roethlisberger, FS1’s Shannon Sharpe, and seemingly championed the idea of Patriots fans threatening Sports Illustrated reporter Robert Klemko. He also called out the NFLPA

The tweets, which started going up around 9:30 a.m. on Sunday, were deleted around noon. Amongst other reasons, that may have been because, according to ESPN’s Christ Mortensen, Brown is currently filing a grievance against the NFL to get the $10 million guaranteed from his very short New England stint. Considering the NFLPA represents him on that matter, he probably didn’t think about that before calling them out (though he did leave that one up so who knows what he’s thinking…).

Will not be playing in the @NFL anymore these owners can cancel deals do whatever they want at anytime we will see if the @NFLPA hold them accountable sad they can just void guarantees anytime going on 40m 2 months will see if they pay up !

The first of the deleted tweets shows him with Britney Taylor, his former trainer who has accused him of rape in a civil lawsuit. He also references Robert Kraft’s involvement in a prostitution sting at a Florida massage parlor. 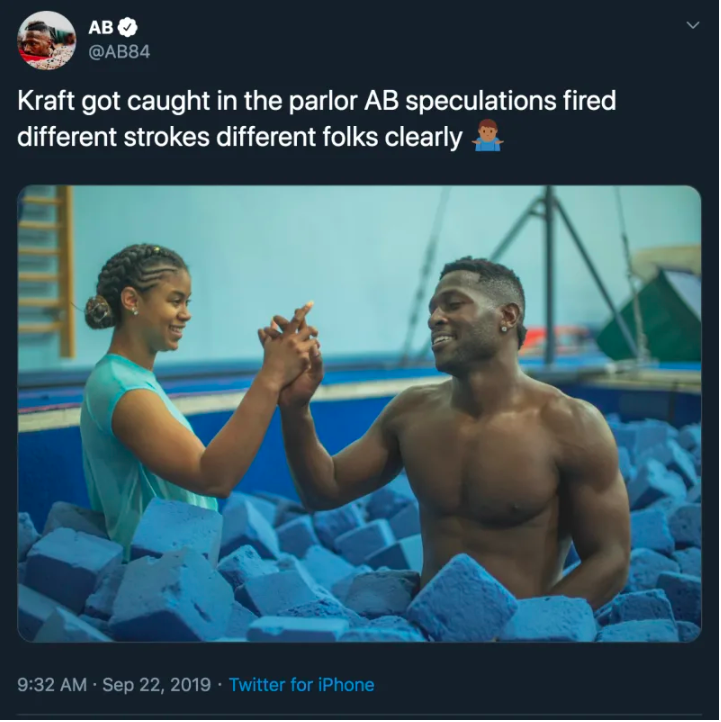 He also called out Shannon Sharpe, who had been accused of sexual assault in 2010 while working as an analyst with CBS (Sharpe is currently on FS1). The two have been feuding for a while now over Sharpe’s comments about the way Brown has handled himself. 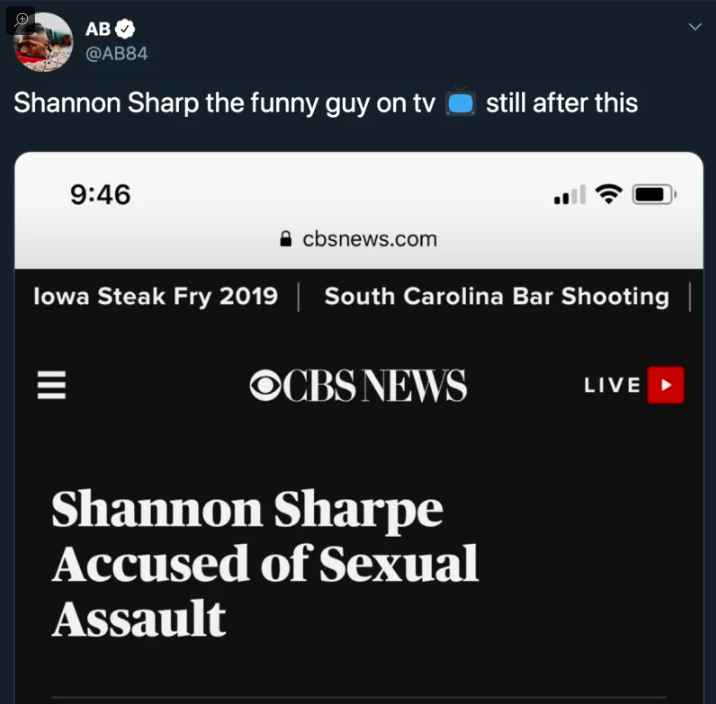 Sharpe responded to Brown with a tweet of his own, noting that his accuser was later revealed as a stalker spurned by his refusal to date her.

This is in response to @AB84 and all those that want to know my situation from 2010 ? pic.twitter.com/GxhZPvV7pz

He then took aim at his former quarterback, Big Ben, noting that Roethlisberger served a four-game suspension following his second time being accused of sexual assault. 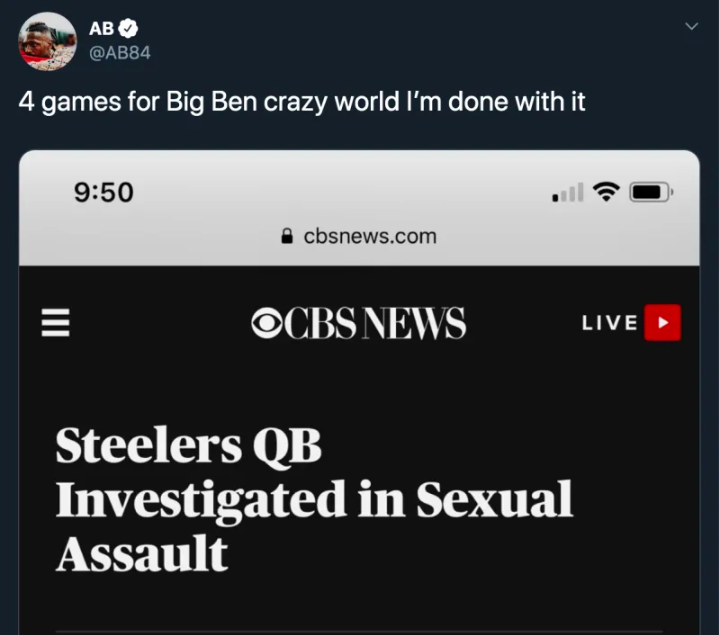 Although none of the tweets are particularly great and all lack the context needed to have an actual discussion about how each situation relates to Brown right now, the worst of the bunch was his retweet of a Daily Beast article highlighting that various Patriots fans had been making death threats against Sports Illustrated writer Robert Klemko following his reporting on Brown’s second sexual assault allegation. It was after that report that the Patriots cut Brown.

The Daily Beast, which was reiterating a report from the NY Post, added a note to their story saying they did not appreciate Brown’s comment.

Editor’s note: The Daily Beast does not condone Antonio Brown’s retweet of this article with the comment “system working effectively.”

Klemko then chimed in on Twitter to share some of the threats he’s received so far. They are nothing for Brown to be proud of.

Luckily these Patriots fans are being really chill and cool about all this. pic.twitter.com/Dpg6TwAK7E

So to recap, Antonio Brown burned all his bridges with the teams he’s already played for, presumably burned the rest of them today, and seemingly announced his retirement from the NFL just for good measure. Plus he’s out scores of millions of dollars, has been accused of sexual assault by multiple women, has a civil lawsuit pending against him, and more lawsuits keep coming.

There are a lot of things Brown should do with his life right now and shutting up on Twitter is probably the easiest of them all to deal with.