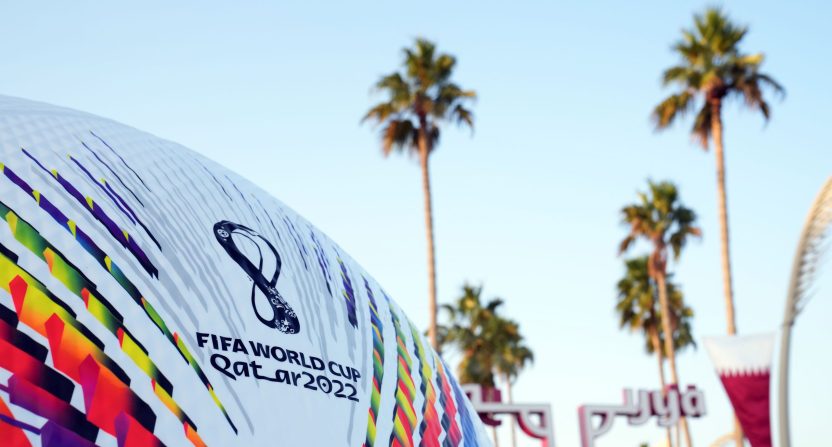 The reports about what’s happening behind the scenes at Twitter aren’t great, to say the least.

More than half of the company’s employees are gone, including a reported 1,200 who resigned on Thursday following Elon Musk’s “hardcore” edict. By all accounts, the human resources needed to ensure that Twitter doesn’t bend and doesn’t break are no longer in place, which is why many users took to the social media platform on Thursday night preparing for the site to be shuttered any minute.

However, despite the myriad changes, lost workforce, and incoherent leadership, most experts seem to agree that Twitter should be fine in the immediate short term. That said, something is coming next week that could severely test Twitter’s ability to remain in working shape.

It goes without saying that the World Cup is one of the most-watched sporting events in the world every time it happens. Even with all of the concerns and issues revolving around this year’s tournament in Qatar, there’s no doubt that millions and millions of soccer fans will be watching the matches and rushing to social media to share their thoughts.

In the past, that has been music to Twitter’s ears. According to a 2018 MarketWatch article, the 2014 World Cup “likely brought in about $24 million in incremental second-quarter revenue for Twitter” and it was assumed that the 2018 version would do even better. Per a Business Insider article that year, Twitter ended up seeing “115 billion impressions during FIFA World Cup 2018.”

Normally you would expect that Twitter could handle the massive influx of engagement coming its way thanks to the Twitter Command Center, which is there for exactly these kinds of situations. However, it sounds like most of the people who would have been in the TCC are now gone.

As the New York Times noted on Friday, many of the company’s most critical teams, are simply no longer there.

One team known as Twitter Command Center, a 20-person organization crucial to preventing outages and technology failures during high-traffic events, had multiple people from around the world resign, two former employees said. The “core services” team, which handles computing architecture, was cut to four people from more than 100. Other teams that deal with how media appears in tweets or how profiles show follower counts were down to zero people.

The article also notes that Musk is “considering shuttering one of Twitter’s three main U.S. data centers,” which would “leave the company with data centers in Atlanta and Portland, Ore., with potentially less backup computing capacity in case something fails.”

Hearing from multiple employees that the odds of Twitter breaking in the near future are very high.

All of which leads us to Monday, when the World Cup really kicks into high gear. While the tournament officially begins Sunday with a match between Qatar and Ecuador, Monday’s slate features England vs. Iran, Senegal vs. Netherlands, and U.S.A. vs. Wales.

It’s entirely possible that Twitter makes it through the next few weeks unscathed, but then again, Twitter might simply be reduced to a fail whale by the time we all wake tomorrow. It feels impossible to tell right now if the sky is falling or if everyone is overreacting. Taking the former Twitter employees’ word for it, we have to assume that something, eventually, is going to break, and it’s very unclear if the company still has the knowledge base to fix it.