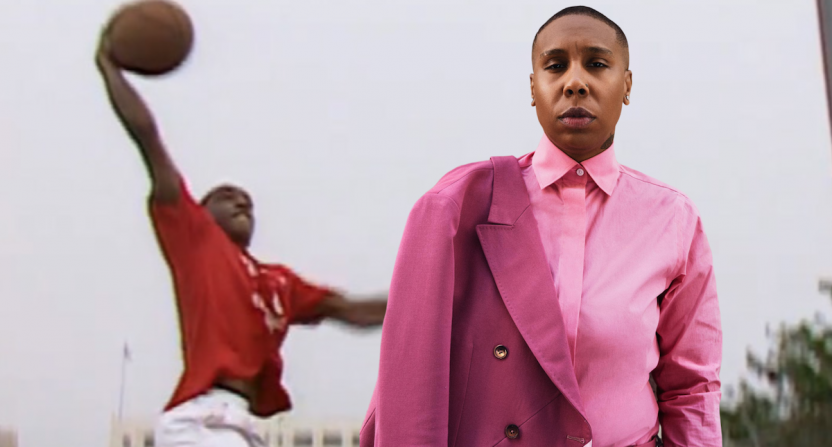 Hoop Dreams is considered by many to be the best sports documentary ever made. Steve James’s 1994 film followed two high school basketball players, William Gates and Arthur Agee, who aspired to break out of their impoverished Chicago upbringings and star in the NBA.

A documentary can’t be revived or rebooted like a feature film, though a filmmaker could presumably try to follow two other inner-city basketball stars with NBA ambitions 30 years after the original. But the “Hoop Dreams” name — or brand — does imply a certain type of story, a dose of nostalgia, and perhaps a level of quality.

That appears to be what writer-producer Lena Waithe (The Chi) and Warner Bros. Television are banking on. On Monday, the studio announced that a Hoop Dreams series will be the first project developed out of a development deal with Waithe’s Hillman Grad Productions.

But Waithe’s version of Hoop Dreams will not be a documentary feature or series. This will be a dramatic series that takes place in a similar circumstance. Interestingly, the story will take place in the early 1990s, as the original documentary did. According to Deadline, the series will follow two Black teenage basketball phenoms growing up in 1990s Chicago during the heyday of Michael Jordan and the Chicago Bulls’ championship dynasty.

(As Variety‘s Kate Aurthur points out, TNT once wanted to make a fictional film based on Hoop Dreams around the same time as the documentary was released. But that project fell through.)

For Chicago native Waithe, the original Hoop Dreams documentary was a story that resonated with her and very much applies to current culture.

“I was seeing two young Black people with dreams bigger than their backyard and watching their journeys as they also struggled and tried to understand where they fit in their families,” said Waithe (via Deadline). “I always knew I wanted to bring that story back because Hoop Dreams, to me, is so representative of what it means to have a dream, to be from a city that you really believe in, and you’re really proud to be from.”

The Hoop Dreams series will be written by Aaron Rahsaan Thomas (Friday Night Lights, S.W.A.T.) with James and the documentary’s original producers Peter Gilbert and Frederick Marx helping to produce the series as well. Additionally, Waithe has the approval of Gates and Agee. She didn’t want to move forward with the project without their endorsement.

“I didn’t want to announce or talk about Hoop Dreams until they had been contacted by the filmmakers to know that we were doing this, even though we aren’t going to base characters on them per se,” said Waithe in the official annoucement. “We’re going to do something set in the 90s, some kids with a dream, so it will be in a similar vein. It was so important that they know that these stories will be handled with care, the title will be handled with care.”

(By the way, if you didn’t know, author Ben Joravsky wrote a follow-up book two years later that checked back in with Gates and Agee. Agee went on to play at Arkansa State, while Gates played at Marquette. Neither made it to the NBA.)

With Warner Bros. Television Group involved, it’s possible that the new Hoop Dreams will go to HBO Max. But the project is being developed for any broadcast or cable network, or streaming platform, that is interested in picking up the series.

Those interested in watching the original Hoop Dreams documentary can find on a variety of streaming platforms including HBO Max, Amazon Prime, Showtime, Apple TV+, Google Play, and the Criterion Channel. The documentary is also available with several special features as a Criterion Collection Blu-ray or DVD.