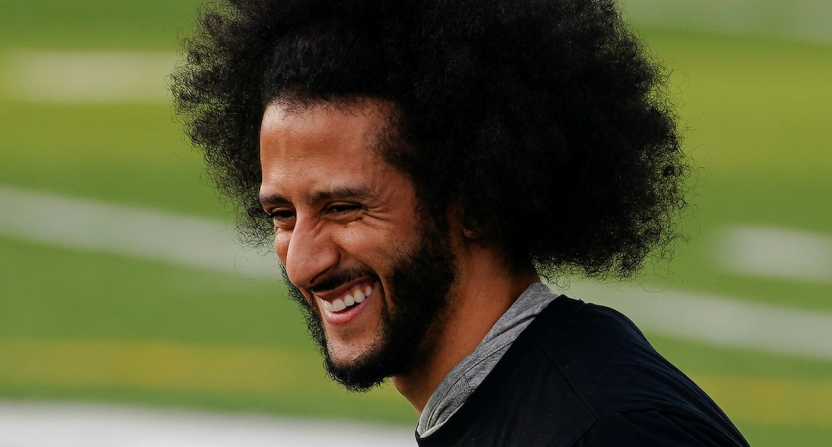 Colin Kaepernick’s reluctance to promote his work and sit down for high-profile interviews has reportedly cost his company a lucrative deal.

According to the Wall Street Journal, Kaepernick’s SPAC (Special Purpose Acquisition Company) was close to finalizing a deal to acquire The Change Company, a California lending firm that helps minority borrowers who have had difficulty getting loans from traditional banks. Its mission statement is “To bank the underbanked, fairly and responsibly.”

A socially conscious company dedicated to helping Black and Latino communities would appear to fit ideally with Kaepernick, whose activism for social justice and racial equity have made him a celebrity associated with protest. Of course, he’s also a controversial figure whose outspokenness toward racial injustice likely ended his NFL career.

But as Kaepernick’s Mission Advancement Corp. neared an agreement with The Change Company, he refused requests to promote the lender. Most notably, Kaepernick wouldn’t agree to an interview with Good Morning America and George Stephanopoulos. That effectively ended any chance at a deal.

(An SPAC — sometimes called a “blank check company” — raises capital to acquire or merge with existing companies. According to the WSJ, Mission Advancement Corp. raised $345 million in March after going public. Kaepernick is a co-chairman of the company with private equity investor Jahm Najafi, also a minority owner of the Phoenix Suns. Other former sports stars who have SPACs include Shaquille O’Neal and Alex Rodriguez.)

The Change Company understandably hoped that Kaepernick would use his high profile and celebrity standing to promote its business. That would appear to be in Kaepernick’s interest as well, boosting the value of the company his SPAC was set to acquire. But Mission Advancement Corp. executives didn’t like the idea of Kaepernick being asked about the business nor his protests, notably kneeling during the national anthem while still an active NFL player.

Yet Kaepernick refusing to do interviews probably shouldn’t be a surprise. Promotion for the Netflix series Colin in Black and White, based on his high school years, was left to producer Ava DuVernay.

Interestingly, Netflix had agreed to invest in Mission’s deal with Change Co., but hadn’t fully committed when the deal fell apart. Others who pledged investments include actor Tyler Perry and WNBA stars Diana Taurisi and Maya Moore. Yet several prominent Wall Street firms, many of whom have invested in other SPACs, declined. Nike, Oprah Winfrey, and Serena Williams were also among those who wouldn’t commit an investment.

Mission Advancement Corp. presumably hopes to utilize Kaepernick’s profile to attract investors. But if he won’t use his celebrity status to promote deals and acquisitions, that may sour future potential investors.