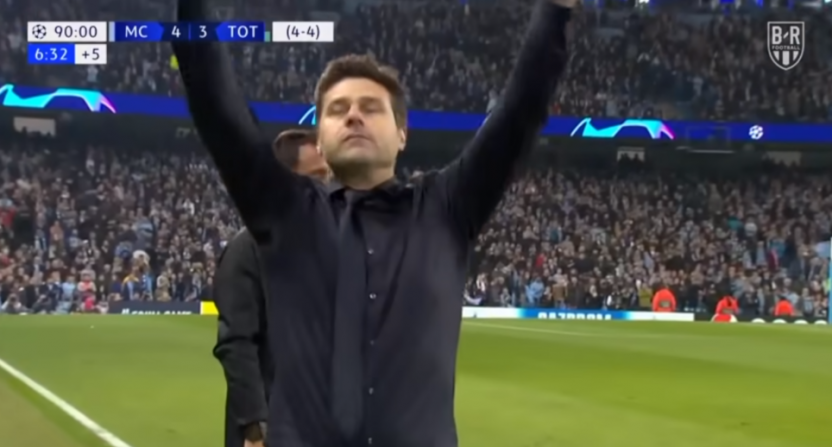 There’s value in looking at how ratings change from year to year for similar broadcasts, but there’s a lot of important context to consider with that. And that’s perhaps especially important when an event is moving from one network to another one with significantly different distribution, and when the numbers of events being televised are changing. All of those factors are at play with English-language UEFA Champions League coverage on TNT this year, the first season of Turner’s deal to broadcast that tournament (replacing Fox), and thus, discussions of rising ratings for that coverage are worth some further examination.

Thus far, the 2019 tournament is attracting its highest domestic English language audience ever, averaging 246,000 viewers for its midweek afternoon broadcasts on TNT. Live match telecasts are up 57 percent compared to last year’s coverage on Fox Sports, with Turner seeing significant gains across several key demographics including a 102 percent increase in female viewership and a 48 percent increase in viewership of people age 18 to 34. The first knockout round, held across February and March, was the most viewed among English language U.S. viewers, and quarterfinal coverage was up 31 percent year-over-year.

Those numbers are certainly good, but there’s important context to them thanks to the changes in how Turner is broadcasting that event. Turner’s television platform for the Champions League is TNT, which was in an estimated 89,573,000 homes in September 2018 (the last time we saw estimates for it). Fox used both FS1 and FS2, which were in 83,290,000 and 57,471,000 homes respectively in September 2018. So TNT had a distribution edge over FS1 and a massive distribution edge over FS2. (And also, Turner showed many of the smaller games streaming-only on B/R Live, so those didn’t drag down their TV numbers.)

The following table shows some comparisons of 2017-18 (Fox) and 2018-19 (Turner) data for various stages of the competition, and it illustrates that while Turner is still up even if you only consider FS1 broadcasts, the edge isn’t as significant as it is with the FS2 data thrown in. TNT is up 39 percent over all of Fox’s matches from the quarterfinals, 15 percent from the Round of 16, and 32 percent from the group stage, but those percentages drop to 31, 15 and 10 percent if only FS1 matches are counted.

This data is drawn from World Soccer Talk and ShowBuzz Daily. Here’s a larger look at how it broke down at each stage of the competition (use the arrows to scroll, or view the original sheet here):

An important caveat there is that there may be some missing FS2 group stage matches; ShowBuzz Daily’s daily TV numbers only have the top 150 cable originals each day, and some of the FS1 group stage matches were towards the low end of that, so matches on FS2 may have not made the cut. But that would only further reinforce that Turner’s growth is most impressive when compared to Fox numbers including FS2, a channel with only 64 percent of TNT’s distribution in September 2018.

And the story’s even worse before that, as FS2 was one of the rare channels to actually gain carriage in recent years. In February 2017, it was in just 50,569,000 homes, or 57 percent of TNT’s September 2018 distribution. However, the distribution caveats are worth keeping in mind the other way in the coming months, as this year’s final on TNT will be at a distribution penalty relative to last year’s final on the Fox broadcast network, which is in around 30 million more homes.

A further note to keep in mind is that the English-language audience for UEFA Champions League matches is only part of the audience, and often a smaller part. A lot of the 2018-19 games shown above drew bigger numbers in Spanish on Univision, and there were also significant Spanish numbers on Fox Sports Deportes in 2017-18.

But considering just the English-language TV audience, Turner has definitely produced some gains this year. They’re just not as massive if you don’t compare them to the low-audience broadcasts on low-distribution FS2.