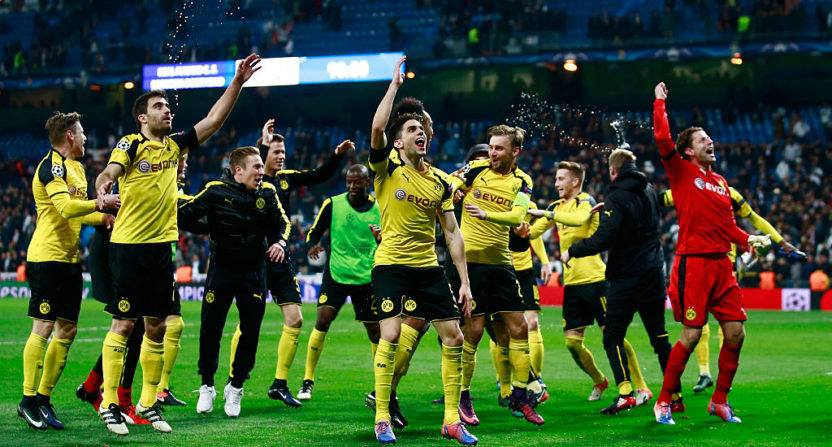 Turner Sports is launching a stand-alone streaming sports service for fans, set to debut next year. The over-the-top product will join what is becoming an increasingly competitive space as networks and outlets seek to attract viewers who have (and continue to) cut the cord from cable and satellite providers.

The new streaming service will be built around Turner’s UEFA Champions League and Europa League coverage, which the network acquired earlier this year. Turner has an exclusive three-year deal for Champions and Europa League English-language rights, running through 2021, and will now offer a variety of platforms beyond conventional TV with which to provide that coverage to viewers.

Bleacher Report will also be a key component of Turner’s UEFA coverage, providing live games, clips and original content. Turner’s sports arm will also serve as the online portal to the new streaming service through its website, in addition to the social media footprint B/R has established with Snapchat, Facebook, Twitter and Instagram.

“The launch of Turner’s new OTT sports platform and partnership with UEFA aligns with the company’s continued strategy to further expand the distribution ecosystem and our ongoing commitment to engage fans with premium content they crave across all platforms,” said Turner president David Levy.

“These highly-anticipated matches and supplemental original programming will be a key foundation for our latest direct to consumer business sports offering, as well as coveted content for Bleacher Report and our leading television networks.  In addition to the new audiences we’ll attract through the streaming service, the partnership will leverage the tremendous reach we have with our television networks and Bleacher Report’s position as the leading digital destination for millennial fans.”

Turner will televise four live Champions League games every Tuesday and Wednesday afternoon through the Group Stage (September through December), followed by two matches per week during the Knockout Phase (beginning in February), also on Tuesdays and Wednesdays. The remainder of the schedule will be available on the streaming sports service and Bleacher Report.

In addition to the UEFA Champions League coverage, Turner also has TV rights for the NBA, MLB, the NCAA Men’s Basketball Tournament, the PGA, and esports. Turner’s announcement focused on its upcoming soccer coverage, but there figures to be plenty of other content available for consumers throughout the year. That will make this service extremely competitive with others on the market, including ESPN’s planned over-the-top service which is also set for a 2018 launch.