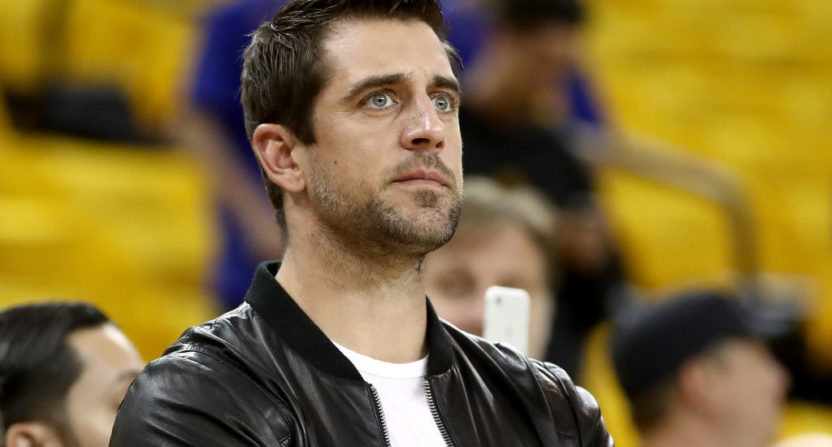 A growing element of the sports broadcasting marketplace in 2017 is not only finding some unusual events to broadcast (see Turner and B/R Live with the World Armwrestling League, Fox with the NBA Jr. World Championship, BBC America with darts, or ESPN’s collection of seldom-seen sports), but sometimes even working to create those events. Turner’s done a fair bit of that with properties like ELEAGUE (a partnership with agency WME-IMG), and now they’re doing it with a charity golf tournament in partnership with CAA. The tournament looks to recapture some of the excitement of international team events like the Ryder Cup and the Presidents Cup, but to do so with NFL and NBA stars. Here’s more from Turner’s release:

Golf spikes, a few tees and a bag of clubs will be the equipment of choice when NBA and NFL icons – some of the best athletes in the world – compete against each other in a first-of-its-kind charity golf tournament, created in partnership between Turner Sports and CAA Sports. The two-day golf event, hosted by Chris Paul and Aaron Rodgers, will follow a common international team format pitting a group of current and past NFL greats against NBA all-stars and legends.

Turner Sports will offer multimedia coverage of the charity golf tournament, to be held at Mohegan Sun Golf Club – named one of the “Best Casino Courses” by Golfweek for 2017 – in Uncasville, Conn., June 27-28.

…“I couldn’t be more excited for ‘The Showdown’ this summer,” said Rodgers. “While the NFL and NBA are home to many of the greatest athletes in the world, a golf course is an entirely different battlefield. I am extremely passionate about golf, and look forward to assembling a team of the NFL’s top golfers to determine, once and for all, which league is truly top on the links.”

“Golf is a favorite sport of mine and I’m thrilled to be hosting this unique tournament where NBA and NFL athletes will trade the court and field for the green,” said Paul. “Competitiveness is essential in our respective sports and I look forward to competing alongside and against the best athletes while raising money for charity.”

So, how’s this going to work from the broadcasting side? Well, that’s interesting too. Turner’s bringing Bleacher Report into this, and they’ll “provide access to the NFL and NBA icons participating in the event through a variety of content offerings and top moments from the tournament shared across its social platforms.” Social’s been an important part of the equation for Bleacher Report recently, and access to athletes there should work out well for both sides. But there’s also a linear broadcasting angle, but an unusual one; instead of showing the event live on standard TV, it’s going to be presented as a one-hour highlights special on TNT, but a couple of months later, on August 10 after the network’s PGA Championship coverage.

This approach probably makes some sense on a few levels. These aren’t pro golfers, so showing highlights probably makes sense than broadcasting the whole tournament, and there’s some merit to pairing that with Turner’s PGA Championship broadcast, when golf fans will already be watching. It’s a little curious to show an event so much later, but holding the event in late June is probably better for the NBA and NFL players (that’s after the NBA Finals and long before NFL training camps), and broadcasting it in August makes sense given the PGA Championship and given the general doldrums of August as a sports month.

And it sounds like there will be plenty of coverage of the tournament as it happens from the Bleacher Report side, so fans can keep an eye on it in real time. And there may be some fan interest; late June doesn’t have a whole lot going on sports-wise either, and it sounds like there will be some notable names attached to this, and the team competition format seems like a good idea, allowing the NFL and NBA players involved to vie or league supremacy. At any rate, this is an interesting property for Turner to get involved with, and one worth keeping an eye on.