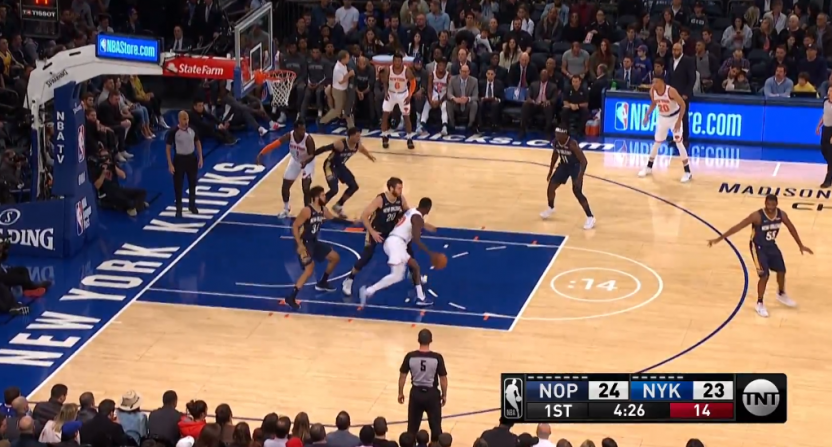 Viewers tend to react poorly when networks attempt to innovate with on-screen graphics, but sometimes that criticism is warranted. That was certainly the case with ESPN’s yellow down-and-distance pop-up that looked too much like a penalty indicator.

Tonight’s TNT broadcast of the Pelicans and Knicks preseason game features an on-court shot clock graphic along with the traditional placement within the scorebug. The new placement is at the top of the key, between the free throw line and the top of the lane arc.

Here’s how it looks in action:

Twitter reviews were mixed, with some people finding the change too much, and others appreciating that it’s not too showy:

I like the new TNT shot clock in the arc

I’m actually cool with the shot clock on the floor on TNT. It’s better than the red three point line on ABC a few years back.

Why would TNT put the shot clock on the court like that?

TNT doing way too much. What do we need the shot clock graphic on the court for if we have a digital scoreboard already.

Ooooh I really like TNT's new on court shot clock

At first glance: it’s…fine? The idea behind it is, anyway. The shot clock drives every NBA possession, and while we’re used to it being in the bottom right of the screen, you do have to take your eyes off the actual play to check it. This theoretically offers a solution to that problem, although it does so by adding a shifting graphic directly in the middle of the play.

There were also a few issues with the on-court clock lagging slightly behind the scorebug, which is distracting and mildly infuriating once you notice it. A few plays caused the on-court version to freeze, like when the shot clock reset after an offensive rebound here. 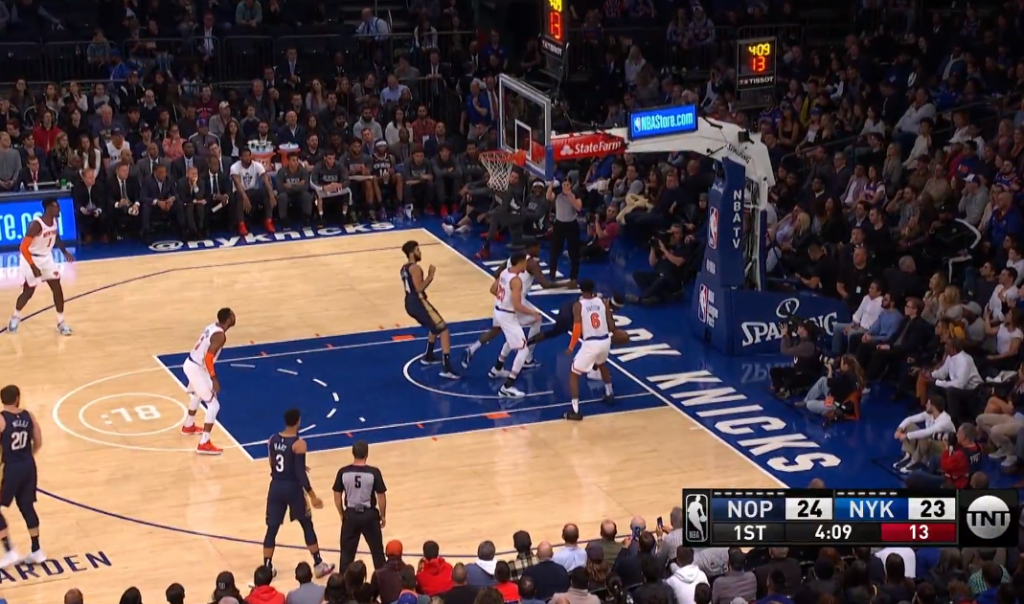 It’s an interesting idea, and one that could potentially aid the viewing experience if done well. This version is as unobtrusive as it could probably be, too, but it is still clearly there; something like this is always going to be at least kind of obtrusive. A potential happy medium suggestion: have it pop up when the shot clock hits five seconds, which is when most people would really want to know anyway.

If they stick with it, it could win some more people over. Whether it’s enough of a positive to outweigh decades of basketball watching muscle memory remains to be seen.