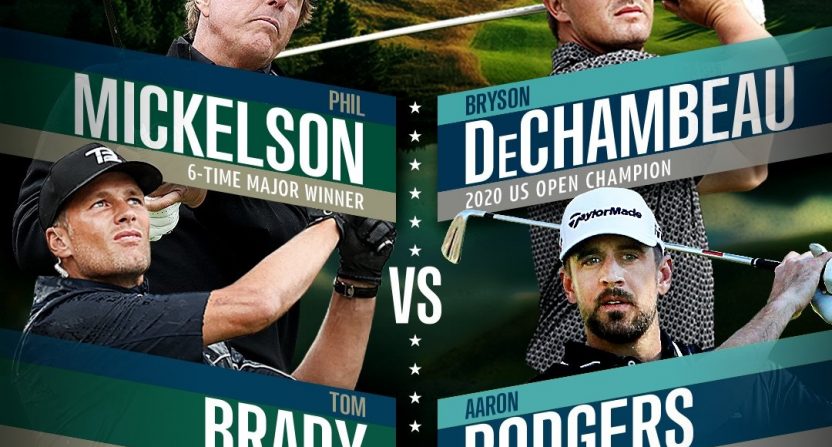 Details on the broadcast are somewhat slim right now. Coverage begins at 5 PM ET, and the event will air on TNT. There will also be digital content on Bleacher Report and House of Highlights.

And now, Mickelson returns for his fourth edition, teaming with Brady for the second time. Mickelson beat Woods in the first event, lost with Brady the second time around, and was victorious with Barkley in November. In their press release announcing this edition of The Match, Turner dubbed Mickelson’s victory with Barkley “one of golf’s biggest upsets,” which I got a kick out of.

I don’t know how long The Match will roll on as a franchise, but as long as Turner can keep signing big names to the series, it seems like it will be in decent shape.